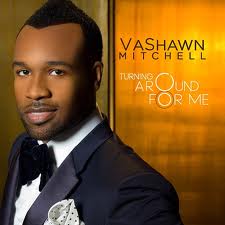 EMI gospel recording artist, VaShawn Mitchell is a two-time Grammy nominated, six-time Stellar award winner, composer, philanthropist, motivational speaker and founder of The Norman Youth Arts Foundation.With the release of his latest CD “Created 4 This,” Mitchell will partner with Big Brothers Big Sisters Mentoring Brothers in Action to nationally recruit more African American men to become mentors and strengthen their communities. Mentoring Brothers in Action is a movement formed in collaboration with the nation’s three largest African American fraternities, Alpha Phi Alpha, Kappa Alpha Psi and Omega Psi Phi, to engage more Black men to get involved in one-to-one mentoring to change the odds for African American boys.African American boys are too often disproportionately represented among children who drop out of school; get involved in the juvenile justice system and become absentee fathers. They are also disproportionately represented among children waiting to be matched with Big Brothers Big Sisters mentors. Only about 15 percent of the organization’s male mentors are African American. MentoringBrothers.org aims to close this gap by providing information, toolkits and a communications platform for current mentors to assist, inspire and support other males by sharing their experiences.Mitchell has a similar background to many of the children enrolled in Big Brothers Big Sisters. Raised by his grandparents in Harvey, Illinois, VaShawn understands intimately the importance of African American male involvement with youth in the community. His grandfather encouraged, supported and even funded his first CD. “He influenced who I am today.” In honor of his grandfather, VaShawn established the Norman Youth Arts Foundation and hopes it will be a place that inner city youth from all backgrounds can do something creative and positive with their talent and time.Mitchell will be performing at mega churches across the country. At each church, he will issue a call to action to congregations of thousands and impress the need for more African American males to mentor boys in their communities. Local Big Brothers Big Sisters agencies will be on site to sign up volunteers.Mitchell will also announce the start of the Church Challenge where each congregation will have one month to donate to Big Brothers Big Sister’s Mentoring Brothers in Action . The congregation that raises the most funds will be featured in future Big Brothers Big Sisters Mentoring Brothers recruitment materials. In addition the winning church’s pastor will have a feature story on MentoringBrothers.org and in the monthly newsletter.Funds received will go to the local host Big Brothers Big Sisters agency.Results will be posted at the end of the tour.Visit MentoringBrothers.org/VaShawn Mitchell for more information on tour dates, locations and how you can participate.