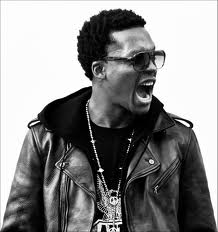 Lupe Fiasco is no stranger to controversy as he has always been outspoken. He has called Obama a terrorist, he sort of called out Chief Keef regarding his image, and now he took to twitter yesterday to voice his frustration with the violent images in media and in rap music. The Chicago emcee tweeted, “If you rap and make violent music then own up to it. Stop hiding behind “art imitating life” as a way to evade the guilt.”He also owned up to his own contribution to the violence, “Ive made violent music. Done violent things. Most my friends are violent. Lived in violent neighbors. Seen violence first hand.” But he goes on to say he has grown tired of it and that something needs to change. “A certain point you start to get tired of it. You ask why? why is it like this? what is causing this? why is this ok to live like this?”The answer is that is not ok to live like this. We are living in a time when there are a multitude of people that are impoverished mentality and physically. They have no respect for themselves and therefore no respect for life in general so it means nothing to them to take one. Lupe has a point here. Obviously changing music and media don’t end the problem but at what point do we say enough is enough and stop promoting so much violence?