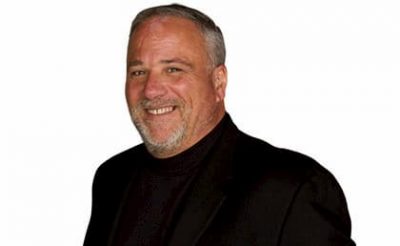 Each weekday morning, Geronimo will broadcast the most popular hits from the biggest chart-topping classic rock artists as well as feature the latest entertainment news, sports and lifestyle experiences that apply to the Washington, D.C., Maryland and Virginia communities.

A broadcasting veteran, Geronimo joins iHeartMedia from Sacramento, California, where he has been hosting “The Don Geronimo Podcast” from 2014 to 2019. Geronimo has over forty years of on-air experience in talk, sports and top forty formats, most recently serving as morning show host of KHTK-AM in Sacramento in 2013. As co-host of the “Don and Mike Show” on WJFK-FM from 1991 to 2008, Geronimo was syndicated in more than 50 markets including New York; Philadelphia, Pennsylvania; Baltimore, Maryland; and Tampa Bay, Florida. Geronimo also served as host for the Washington Football Team Pre-Game show on WJFK-FM and The Washington Football Network from 1995 to 2001. Geronimo also served as on-air host on multiple stations in the Washington, D.C. region including WAVA-FM in 1986 and WPGC-FM in 1980. He began his career at WROK-AM in Rockford, Illinois.

“This fall, we usher in a new era on BIG 100 with the return of a DC legend,” said Dustin Matthews, Director of Rock Programming. “The reality of having Don home to wake up Washington’s classic rock fans is incredible and just the beginning.”

“I am thrilled to wake up with Washington D.C. on the iconic BIG 100,” said Geronimo.   “I can’t wait to return to my hometown to host a morning show that engages our D.C. listeners, allowing them to participate in live show content and games while hearing the best classic rock.”

iHeartMedia is the leading media outlet in the Washington, D.C. market with multiple platforms, including its broadcast stations; live events; data; and its digital businesses and platforms, including mobile, social and its own iHeartRadio, iHeartMedia’s free all-in-one digital music, podcasting and live streaming radio service – with 3 billion app downloads and more than 150 million registered users.