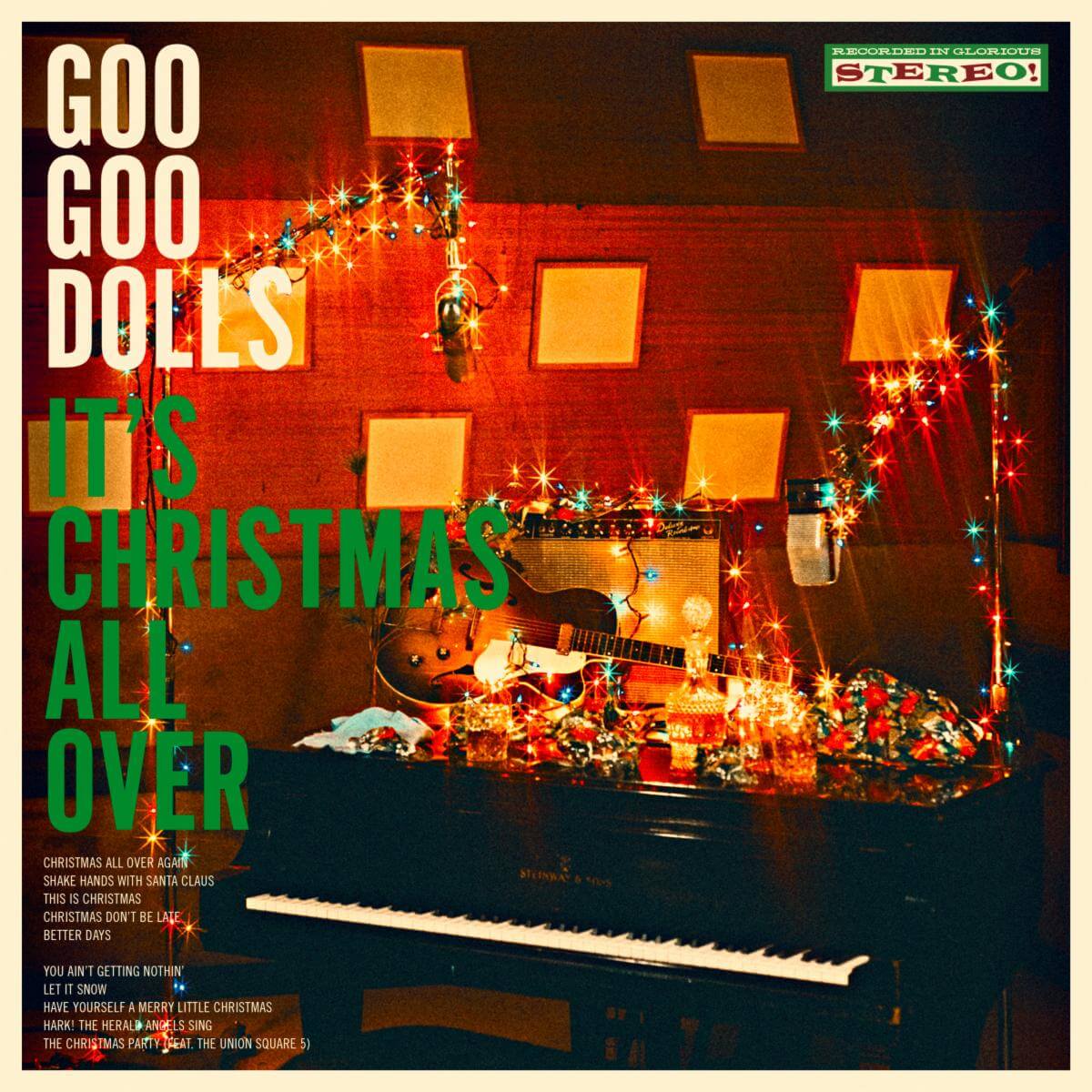 Multi-platinum, four-time GRAMMY-nominated rock band Goo Goo Dolls are celebrating Christmas early this year with the release of their first-ever holiday record It’s Christmas All Over. Arriving October 30th, 2020 via Warner Records, the album is filled with cover renditions of iconic holiday songs such as “Let It Snow” and “Hark The Herald Angels Sing”, as well as two new originals that capture the warmth and nostalgia of classic Christmas favorites.
Produced by frontman John Rzeznik in addition to the band’s longtime collaborators Brad Fernquist and Jimmy McGorman, the record was recorded during lockdown this year. On October 2nd, the band will debut “This Is Christmas”, the first official single from It’s Christmas All Over. Pre-orders for the album will also be available beginning that day via Goo Goo Dolls’ website and complete track-listing information can be found below.

IT’S CHRISTMAS ALL OVER TRACK-LISTING
1. Christmas All Over Again
2. Shake Hands With Santa Claus
3. This Is Christmas
4. Christmas Don’t Be Late
5. Better Days
6. You Ain’t Getting Nothin’
7. Let It Snow
8. Have Yourself A Merry Little Christmas
9. Hark! The Herald Angels Sing
10. The Christmas Party (Feat. The Union Square 5)

It’s Christmas All Over will arrive on the heels of the deluxe edition release of the band’s acclaimed 12th studio record Miracle Pill. The special iteration features the trio of brand new tracks “Just A Man”, “The Right Track” and “Tonight, Together”, as well as the smash title hit “Miracle Pill”, the haunting slow-burn “Autumn Leaves” and the band’s latest single “Fearless.” Available now on digital streaming platforms everywhere, Miracle Pill is an engaging body of work that remains as timely as ever with themes that explore our need for human connection and the constant change we go through as people. Upon its release in September 2019, the record was described as “potentially the biggest Dolls album released to date [Planet Rock]“, as well as one that “easily stands alongside the best of their career [PopMatters].” With over 30 years together as a group, over 12 million albums sold, and 14 number one and Top 10 hits at Hot AC, Miracle Pill finds Goo Goo Dolls at the top of their game and in a league of their own among rock bands.
Goo Goo Dolls are currently in the studio crafting a new album and are also slated to hit the road for an expansive North American tour in summer of 2021. Kicking off on July 22, 2021 in Boise, ID at Ford Idaho Center hitheater, the nation-wide tour will visit numerous hitheaters throughout the US and Canada such as Red Rocks hitheatre in Colorado and The Greek Theatre in Los Angeles.