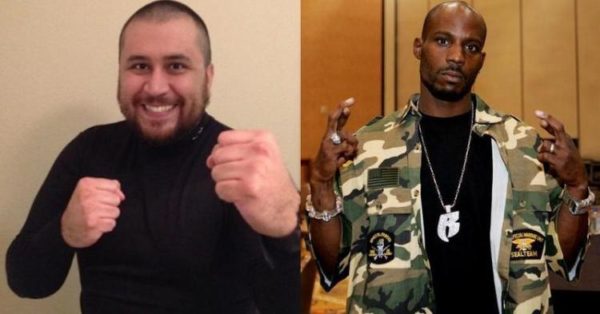 Some news just makes me wanna Vomit, hurl up all my food… Trayvon Martin would have celebrated his 19th birthday today and it’s Black History Month but instead of talking about Trayvon what’s making bigger news in publications like USAToday and Time is his murderer, an overzealous portly “mall cop” with a gun by the name of george zimmerman. Zimmerman is making headlines by capitalizing on murdering the young black man by turning the tragedy into star struck opportunities to make himself a celebrity for the killing. The WORST part is a LOT of people will be watching helping fuel the success of the event.There is no question that for those of us who work in the industry there are some super sleazy people who will sell their own grandmother to a pimp for an opportunity for themselves but this appears to be even lower than that. Zimmerman’s twitter page is filled with Bible quotes (religion is an interesting thing) and excitement about the boxing match with rapper dmx instead of rapper The Game who offered to beat the FOOK out of Zimmerman, for some reason, Game’s application out of 15000 other contenders was IMMEDIATELY denied. Zimmerman is scared of him, that’s why. Why he would choose a black opponent is adding insult to injury and a marketing ploy at best to fuel his successful escape from a long prison term for the murder instead of distancing himself from it. Zimmerman continues to find ways to milk the murder by continuously making appearances to garner celebrity. This makes it apparent that the death of the a black man is cause for celebration?