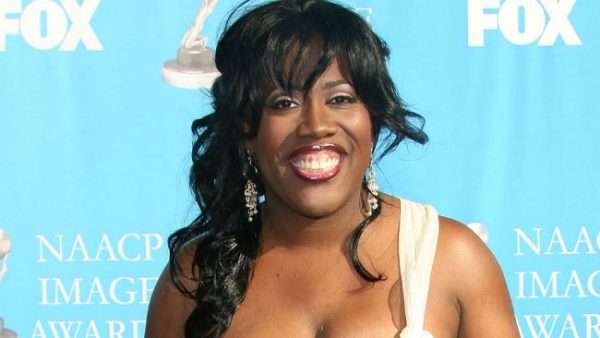 Put your game-show hat on as Sheryl Underwood, entertainer, philanthropist and co-host ofthe Emmy award winning CBS television show THE TALK, and her family join CELEBRITY FAMILY FEUD to play for charity on the episode airing on ABC television Sunday, August 28, 8pm est/7p central. Sheryl and her team, playing as The Underwood Family, will pit their quick answers against 2012 Olympic Silver Medalist and five-time World Freeskiing Champion Gus Kenworthy and his family. As Founder of the Pack Rat Foundation For Education, Sheryl and her team have decided to donate any monies won on Celebrity Family Feud to the Zeta Phi Beta Sorority, Inc. National Educational Foundation (NEF), a
501(c)(3) organization. The team’s contribution will support the NEF’s Million Dollar Endowment Fund that provides educational scholarships.
Underwood, who is 23rd International President of Zeta Phi Beta Sorority, Inc., sees this as a great opportunity to use her celebrity and influence to support the NEF’s Million Dollar Endowment and make the dream of a college education a reality for deserving students.
Through her Pack Rat Foundation For Education, Underwood helps to strengthen communities and support education and Historically Black Colleges and Universities. Playing with Sheryl will be:
Christopher “Chris” Underwood – her brother
Michael Martin – her brother
Deborah Martin – her sister-in-law
Mercedes Alexander – her cousin and Zeta Phi Beta National Meeting Planner
Sheryl invites everyone, especially members of Zeta Phi Beta Sorority and the Greek community to host a viewing party on the evening of the show. According to Sheryl, “I’m excited! This is a great opportunity to have fun and support a very worthy cause.” She adds, “I encourage people to play along with us and then join us in supporting the National Educational Foundation and the great work they do. We, as The Underwood Family, have decided to give all of our winnings to the NEF, but win or lose, we will support the NEF and help to meet their million dollar goal by January 16, 2017, which is Founder’s Day for Zeta Phi Beta.”