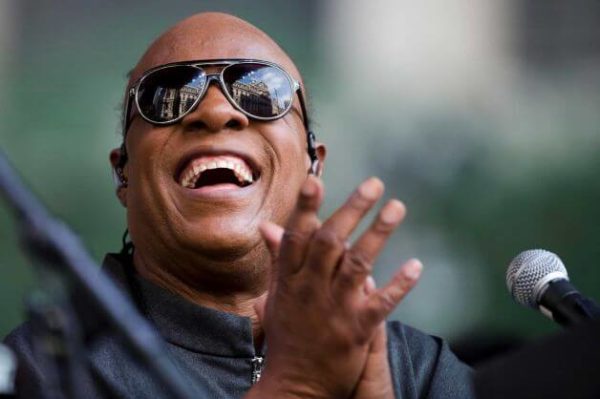 If you live in New York, Washington D.C., or Philly you were in for a surprise treat. The man, the myth, the legendary stevie wonder performed free pop-up concerts in Washington, Philadelphia and New York.
Stevie Wonder, who is using the free pop-up concerts to promote his upcoming Songs in the Key of Life Tour and as a platform to address gun violence, performed a few songs at the D.C. Armory Mall on Monday.
In Philadelphia, a huge crowd gathered at Dilworth Park to hear Stevie drop a few classics and Wonder also performed in New York’s Central Park Monday night.
Wonder’s tour will stop in Washington on Oct. 3, in Philadelphia on Oct. 7 and in New York on Nov. 24. Check out the clip below to see Stevie give the Philly crowd a little bit of that “As” although most people refer to the song as “Always.”