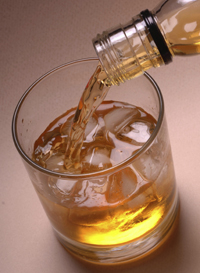 , Penn Study Shows Affordable Care Act May Reduce Socioeconomic Barriers Responsible for Racial DisparitiesNews ReleasePHILADELPHIA “” Roughly half of all black and Hispanic patients who enter publicly funded alcohol treatment programs complete treatment, compared to 62 percent of white patients, according to a new study from a team of researchers including the Perelman School of Medicine at the University of Pennsylvania. Comparable disparities were also identified for drug treatment program completion rates. The study, published in the latest issue of Health Affairs, shows that completion disparities among racial groups are likely related to differences in socioeconomic status and, in particular, greater unemployment and housing instability for black and Hispanic patients. The researchers suggest that funding for integrated services and increased Medicaid coverage under the Affordable Care Act (ACA) could help to improve access to treatment programs for minorities.Related Links”Our findings show troubling racial disparities in the completion of alcohol and drug abuse programs, and they point specifically to socioeconomic barriers that make it difficult for minority groups to access and sustain treatment,” said Brendan Saloner, PhD, a health services researcher at the Perelman School of Medicine at the University of Pennsylvania, and a Robert Wood Johnson Foundation Health and Society Scholar at Penn. “For example, in both alcohol and drug treatment groups, black and Hispanic patients were more likely than white patients to be homeless. But, disparities among the groups were found to be lower in residential treatment settings, indicating that access to residential treatment could be particularly valuable for these patients.”After analyzing data from more than one million discharges from treatment programs across the country, researchers found significant disparities between white patients and most minority groups in completion of treatment programs. According to researchers, the statistical differences roughly translate to 13,000 fewer completed episodes of drug treatment for black patients and 8,000 fewer for Hispanic patients, compared to white patients. Other minority groups, including Native Americans, also showed lower completion rates than white patients. Only Asian American patients fared better than white patients for both drug and alcohol treatment completion.According to the data ““