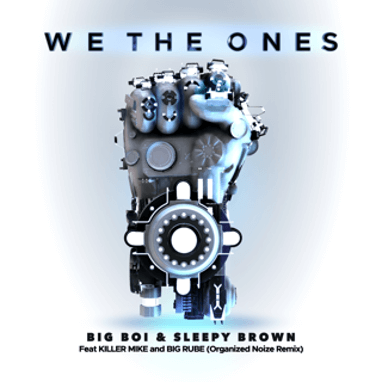 Hip-Hop icon Big Boi and longtime collaborator Sleepy Brown have recruited fellow Atlanta rapper Killer Mike and spoken word poet Big Rube for the Organized Noize remix version of their powerful and fiery anthem “We The Ones” (HITCO). The explosive remix track first appeared on the 2017 Organized Noize self-titled EP and is now being released with the addition of Killer Mike.

“In a time of so much despair we wanted to give the people a little light to live to,” Big Boi says of the forceful “We The Ones” remix.
Added Sleepy Brown, “In these days and times we need a song that lets everybody know how serious and necessary it is to come together.”

In addition to its release as a single, the track was featured exclusively on Band Camp on the Good Music to Avert the Collapse of American Democracy compilation LP, alongside other unreleased tracks from other landmark artists including Pearl Jam, David Byrne, Yoko Ono, and Yeah Yeah Yeahs.