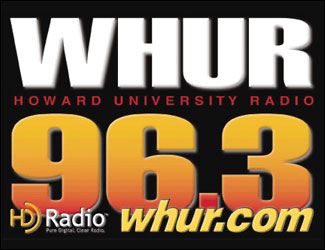 “WHUR 96.3FM NAMES FAMILIAR FACE AS PROGRAM DIRECTOR”
Washington Based Radio Station Taps New PD to Lead On-Air Team
Washington, D.C. – There’s a new Program Director in town at WHUR 96.3FM. The flagship station of the Howard University Radio Network has nabbed veteran Programmer Hector Hannibal to lead the station’s on-air and promotional efforts. Hannibal who has more than 20 years of leadership and management experience is set to start Tuesday, February 16th.
“We’re thrilled to welcome Hector aboard during this exciting period of growth for the station,” said Jim Watkins, WHUR General Manager. “We know he has a proven track record of success and we look forward to him lending his expertise to the WHUR team.”
Hannibal is not a new face to WHUR. He led the station to radio heights from 1993 to 2002, creating the successful “Adult Mix” format, which can still be heard on the station today. Hannibal spent the past 10 years as the Vice President of Programming for Reach Media, Inc. where he was responsible for a 20 million dollar department budget.
Hannibal will focus on increasing WHUR’s already impressive ratings and expand its listener base. “Jim Watkins had a very difficult choice to make and I am elated he chose me to be his next team leader,” said Hannibal. I’ve been a WHUR listener for many years now and feel an emotional connection to the brand. I look forward to serving my team, station management, and listeners’ proficiently and tirelessly.”
About WHUR 96.3 FM – Howard University
WHUR 96.3 FM – is the flagship station of the Howard University Radio Network. Broadcasting to the Washington region since 1971, WHUR is one of the few University-owned commercial radio stations in America. The station can be heard daily by nearly a half million listeners in five states and around the globe on the web at whur.com. The first radio station in the Washington area to broadcast in HD, WHUR is the recipient of numerous awards including the prestigious NAB Marconi for Best Urban Station of the Year and NAB Crystal Radio Award for Excellence in Community Service.