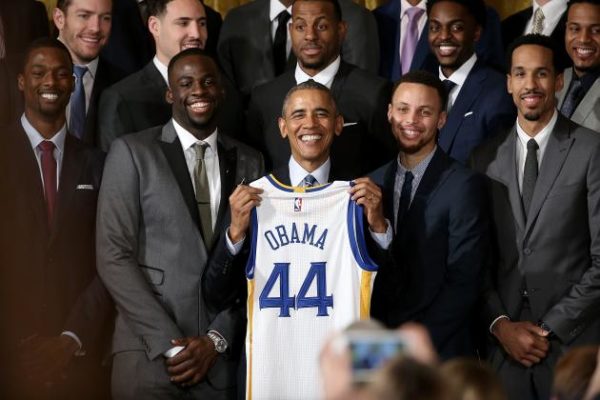 Say what you want but President Barack Obama is definitely one of the coolest presidents of all time. He was also revolutionary in some ways yet similar to other presidents we’ve had before. We will save that discussion for another day. On this day,  watch the POTUS show that incredible sense of humor of his as he honors the world champion, Golden State Warriors. Somehow I feel the President wishes he was honoring the Chicago Bulls instead.