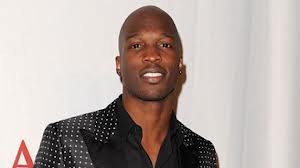 VuMee is pleased to announce that former All-Pro wide receiver Chad Johnson has joined VuMee.com as a celebrity content provider.The Miami native was a six-time NFL Pro Bowler and was named to three All-Pro teams.Chad holds most of the Cincinnati Bengals’ most important receiving records.Chad currently has over 5.1 million twitter followers and in April 2011 CNBC listed the then-Ochocinco as #1 on the list of “Most Influential Athletes In Social Media.” In 2010 Chad was a participant on the 10th season of ABC’s Dancing with the Stars. Chad, along with RockLive, designed an Apple iPhone game called Mad Chad that was featured on iTunes and was a top downloaded app in 2010.Johnson joins an increasing number of NFL players that have embraced the VuMee site as an outlet to “Share their Vu,” including future NFL Hall of Famer Ray Lewis of the Super Bowl-bound Baltimore Ravens.”Having Chad on board with us as a content provider shows how important our platform has become in the world of sports and video sharing,” Stated Michael Spiegel, CEO of VuMee.com.