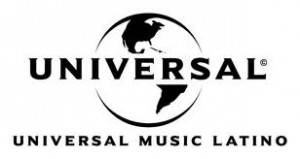 Universal Music Latin Entertainment (UMLE) and Cosmopolitan en Espanol (Televisa Publishing + Digital) today announced an exciting partnership for an exclusive after party in celebration of Latin music’s biggest night, the Latin Grammys. The two international media leaders will bring some glamour to Las Vegas by hosting Noche de Estrellas honors and celebrates Cosmo Fab at 40, an unforgettable evening featuring the hottest music and cutting edge fashion with the top artists, trendsetting fashionistas, celebrities and entertainment heavies as invited guests. The star-studded evening on Thursday, November 15 will showcase the best of what music and fashion has to offer, including a runway show highlighting the latest styles of 2012 and a special preview of what lies ahead in 2013.”We are proud that Cosmopolitan en Espanol is the #1 Spanish-language young women’s fashion and beauty magazine in the United States and Latin America. Its popularity shows we have truly impacted our audience in beauty and lifestyle, so it is only natural for Televisa Publishing to partner with the largest and most innovative Latin music company in the world with a similar connection on the music side,” said Madelin Bosakewich, US& International Sales Director Televisa Publishing + Digital.”Both UMLE and Cosmopolitan en Espanol have both earned a reputation over the years of moving Latin culture forward and have developed a knack for touching their audiences in a genuine way,” affirms Gustavo Lopez , Executive Vice President of Brand Partnerships, Business Development and Digital, Universal Music Latin Entertainment. “We are excited to join forces with a true trailblazer like Televisa Publishing + Digital for what promises to be an amazing night of world class entertainment”