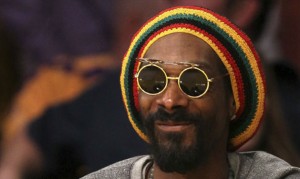 Rapper Snoop Lion, who has been one of the most outspoken proponents of ending gun violence, has joined with singer Tony Bennett to support VOICES AGAINST VIOLENCE, a campaign launched last month by Bennett, his son and manager Danny Bennett and the Brady Campaign to Prevent Gun Violence. The campaign supports common sense gun laws and calls for ending the gun violence that takes thousands of innocent lives each year in communities across America.Snoop Lion created a video message urging citizens to call Congress and voice their support of Congressional action on increasing gun safety, which will debut on www.facebook.com/thisismyvav today. Snoop Lion also contributed an audio message that will launch the same day as part of the VOICES AGAINST VIOLENCE ‘text-to-call’ Congress initiative when you text MYVOICE to 877877. Snoop Lion’s music video, NO GUNS ALLOWED, already has over 750,000 on-line views.”Supporting the safety of our country through common sense gun laws is an issue that crosses all demographics and brings citizens from divergent backgrounds together in this important cause. I am so appreciative that Snoop Lion has added his voice to VOICES AGAINST VIOLENCE,” commented Tony Bennett.”We will only see real change to our gun laws by coming together and raising our voices demanding it. Snoop Lion’s activism is inspiring and we hope sends a message to young people across the nation that every American can have an impact,” said Dan Gross, President of the Brady Campaign.Among celebrity supporters of Voices Against Violence are Paul McCartney, Alec Baldwin, Elton John, Jim Carey, Rachael Ray, Juanes, Alejandro Sanz, Mario Batali, Gloria Estefan, Sting, Josh Groban, k.d. lang, Romeo Santos, Rosie O’Donnell, Mia Farrow, Ana Carolina, Vicentico and Mia Farrow. To date the VOICES AGAINST VIOLENCE ‘text-to-call’ Congress campaign has generated over 30,000 calls to date. The goal of the text-to-call campaign is to encourage the public to share their voices by making it easy for people who care about gun violence to call their members of Congress. The campaign was founded to allow the voices of all Americans to be heard in the political process and to encourage everyone to take real responsibility for the safety of our homes, schools and communities.