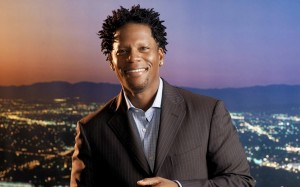 Baisen must be enjoying this…As predicted by Volume 32  a syndicated host is being replaced after just a few short months and ironically, this is exactly who we were talking about even though we have never heard one single show. Skip Murphy was at a loss from gate because he was asked to do a more music intensive show as opposed to the talk format Baisden had done AND he was not allowed to bring his team with him while he jelled with a new partner on a national show. This was a HUGE mistake. D.L. Hughley who is certainly an excellent radio host has been given the short end of the syndication stick for too long and this is a great opportunity for him. Nevertheless, the intellectual will probably be told to dumb down his satire a bit to appeal to the Black audience. Hughley is slated to start in mid August. In addition it will be televised which is great. We will have to tune in.