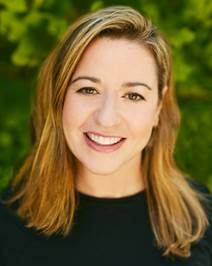 RCA Records today announced the appointment of Jamie Abzug to Senior Vice President and Head of Publicity. In this role, Abzug will oversee RCA’s publicity team while spearheading the label’s corporate initiatives and continuing to play a pivotal role in individual artist campaigns. She will also continue to identify and pursue new avenues for artist publicity as well as larger partnerships and opportunities in the evolving media space.  Abzug replaces Mika El-Baz who has decided to depart the company the end of October for a new opportunity.

Abzug began her career at RCA Records (then J Records) in late 2004 and has most recently served as Head of Alternative Media Partnerships, where she helped oversee the label’s west coast public relations initiatives including its award show strategy and broadcast network relationships. Prior to that she served as Vice President, Publicity where she spearheaded publicity campaigns for critically acclaimed, platinum-selling and Grammy-nominated superstars such as Khalid, Doja Cat, Christina Aguilera, Kesha, Becky G, Kygo, Bleachers, Wolf Alice, WALK THE MOON, Sasha Alex Sloan, Buddy among others.  Abzug relocated from RCA’s NYC office to Los Angeles in 2012.

Prior to joining the RCA Records team, Abzug worked briefly at Artemis Records.