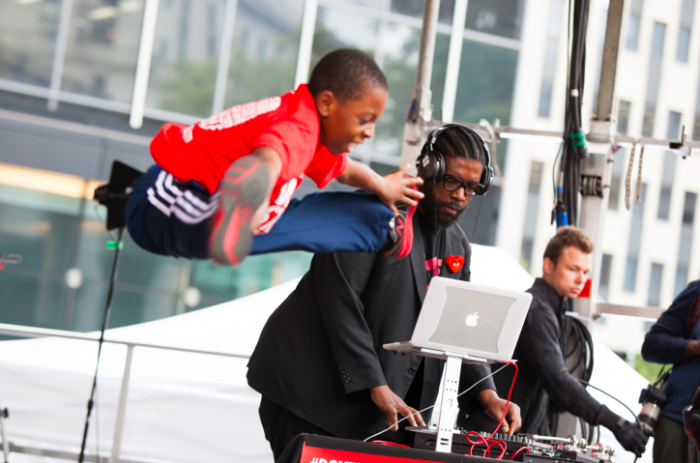 Questlove, over 21,000 teachers, parents and kids came together in Foley Square to raise awareness of the education crisis in New York City as part of the new “Don’t Steal Possible” campaign. The mass rally called for bold, urgent action to expand access to great schools. Among the supporters was Questlove who DJd alongside the kids of the Bronx 2 Dancers.
“This morning I took a stand for kids education. Every child deserves a good school and a great education.” – Questlove
In support of the campaign, notable muralist Greg Lamarche debuted a brand new 8 ft. tall x 160 ft. tall mural that thousands of kids in attendance helped to complete today. Lamarche will create murals for each of the five New York City boroughs in the coming weeks.
The event, which was emceed by Sam Tweedy, Founding Co-Director at Excellence Girls Charter School, Uncommon Schools, included speeches from New York State Senator Jeff Klein, Senate Co-Majority Leader, Assemblyman Robert Rodriguez (68th District) and Assemblyman Marcos Crespo (85th District) and performances by the Bronx 2 Dancers. Parents called on city and state leaders to work urgently to provide a comprehensive, forward-thinking plan to ensure no child is stuck in a failing school.