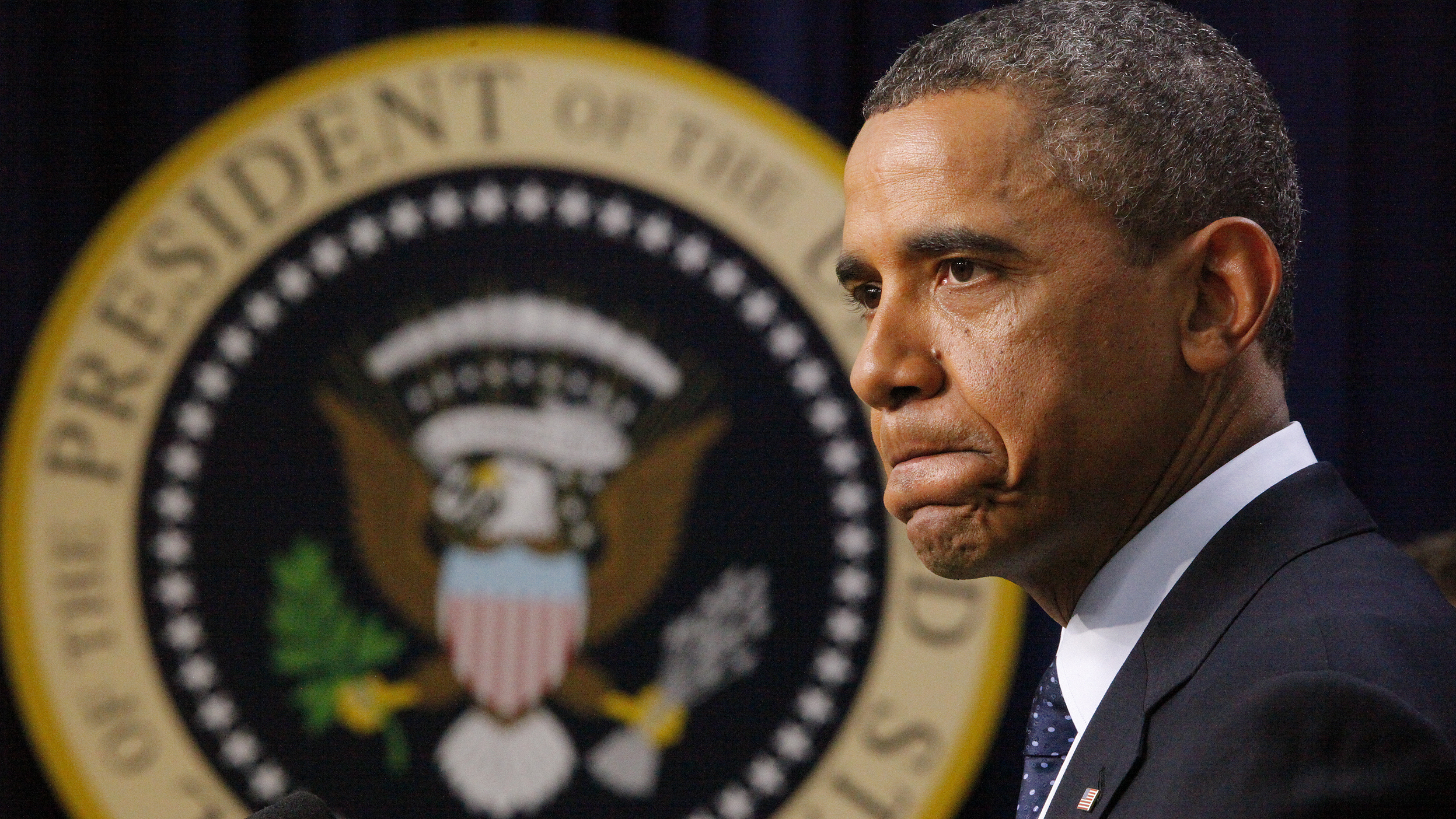 Coming off of the hopeful vision he recently shared in his final State of the Union address, positive ratings for President Obama are at their highest point in years. At 45%, his positive marks are up eight points from last month (37%) and are up marginally from the peak he saw in the wake of last year's state of the Union (42%). In fact, the last time the President's ratings stood this strong was in December 2012, in the wake of his re-election.This puts the President roughly mid-pack when compared to the numbers his two predecessors saw going into their final years in office:On the low end, President George W. Bush's positive ratings stood at 28% in February 2008 (the earliest numbers available for that year).At the other end of the spectrum, a 57% majority of Americans gave President Bill Clinton positive ratings in January 2000.These are some of the results of The Harris Poll® of 2,193 U.S. adults surveyed online between January 13 and 18, 2016. Full results of this study, including data tables, can be found here.Republicans stand firm in their disapproval of the President, with nine in 10 (90%) giving him negative ratings. Ratings did see month over month shifts among other Americans though, with his positive marks rising 11 points (from 68% to 79%) among Democrats and 10 points (from 28% to 38%) among Independents.Positive ratings for President Obama's handling of the economy are also up, from 36% in December to 43% this month (roughly even with the 42% he saw in the wake of last year's State of the Union). Similar to his general ratings, nine in 10 Republicans (89%) rate him negatively while just over seven in 10 Democrats (72%) rate him positively. Among Independents, 62% rate him negatively while 38% rate him positively.Putting the President's 45% into stark relief, 15% of Americans have positive attitudes toward the overall job Congress is doing while 85% rate them negatively; this represents a small increase over last month (12%) and more substantial growth in comparison to a year ago (when it was 10%).State of the countryThree in 10 Americans (30%) rate the current state of the country in a positive light, with seven in 10 (70%) giving it negative ratings. Interestingly, Americans who watched President Obama's State of the Union address are more likely to rate the state of the country positively (37%, vs. 20% among those who didn't watch), as are those who watched the GOP response (37% vs. 24%).Looking at Americans by their top two presidential picks for the 2016 race reveals some sharp contrasts in this attitude:Hillary Clinton's supporters (43%) are the segment most likely to rate the current state of the country positively, followed by those favoring Bernie Sanders (37%) and Jeb Bush (35%).On the other hand, negative attitudes toward the state of the country dominate among the supporters of Ben Carson (94%), Ted Cruz (91%), Donald Trump (89%) and Marco Rubio (88%).Best vision to address major issuesWhen looking at a series of issues facing the country, which of the two major parties do U.S. adults feel has the best vision to address each? That depends on the issue, and there's little consensus.Americans show a nearly identical likelihood to select the Republican and Democratic parties for their ability to address immigration (29% Rep, 28% Dem; 21% say neither has a good vision of how to address this) and to strengthen the economy (29% Rep, 30% Dem, 18% neither).Results are nearly as close when it comes to addressing The War on Terrorism (28% Rep, 25% Dem, 22% neither) and improving the job market (27% Rep, 29% Dem, 18% neither).Americans are somewhat more likely to select Republicans when asked which party has the best vision to address conflicts in the Middle East (26% Rep, 21% Dem, 24% neither).Democrats, on the other hand, lead their counterparts somewhat on making taxes/tax system fairer (24% Rep, 29% Dem, 22% neither) and more notably on addressing gun violence/firearm safety (23% Rep, 35% Dem, 18% neither), improving access to/quality of education (20% Rep, 33% Dem, 17% neither) and protecting the environment (13% Rep, 37% Dem, 15% neither).

The Sisters of Zeta Phi Beta Sorority, Inc. Step Up Against Violence

Bernie Sanders and The Donald Win New Hampshire But Who is in the Lead?