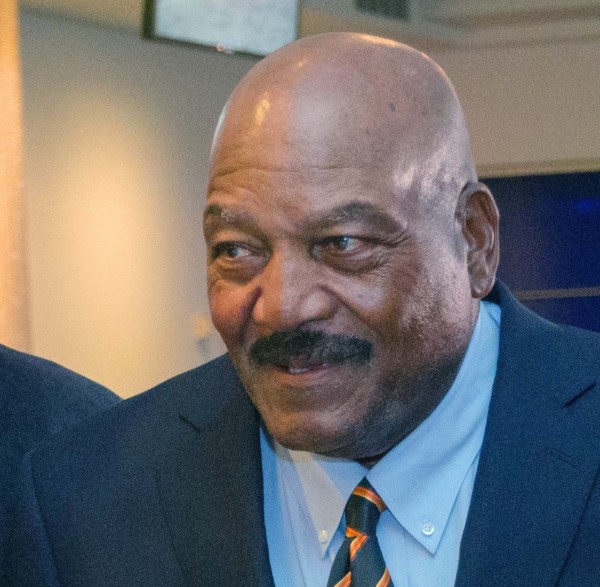 Highlights of the evening included recognition of James “Shack” Harris, the first African American in NFL history to be drafted (eighth round) as a starting quarterback in 1969 for the Buffalo Bills. “Shack” played for several teams and led the L.A. Rams to the Super Bowl 40 years ago. He is currently a senior personnel executive for the Detroit Lions. Poignant remarks were given by Samuel G. Freedman, tenured professor of journalism at Columbia University’s Graduate School of Journalism, columnist for The New York Times, and award-winning author of seven acclaimed books most recently, BREAKING THE LINE: The Season in Black College Sports that Transformed the Sport and Changed the Course of the Civil Rights which chronicles the fierce competition between two rival legendary football coaches, Grambling’s Eddie Robinson, and Florida A&M’s Jake Gaither, their star quarterbacks, James Harris and Ken Riley.
Together they help change the face of sports in the south and the National Football League during a pivotal time in America’s history.

The Fritz Pollard Alliance Foundation aims to increase access and opportunity for minorities interested in coaching, front office and scouting positions in the National Football League
ALL PHOTOS BY DON SMALL
(FOR MORE PICS CLICK NEXT)