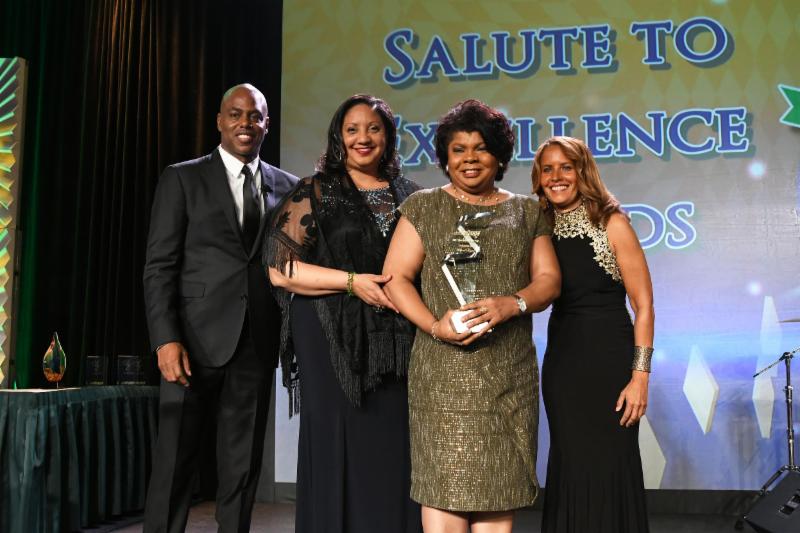 NEW ORLEANS (August 16, 2017) – The National Association of Black Journalists (NABJ) bestowed more than 100 awards at its 42nd Annual Convention and Career Fair from Aug. 9-13 in New Orleans, Louisiana. nabj inducted four veteran journalists into its 2017 Hall of Fame on Friday and announced the winners of the nabj Salute to Excellence (STE) and Special Honors awards on Aug. 12.April Ryan, American Urban Radio Network correspondent and White House Press corps icon, was among the honorees and recognized with the 2017 nabj Journalist of the Year Award at the STE ceremony.”I think of Shirley Chisholm and what she said. ‘If you don't have a seat at the table, bring a folding chair.' I am so thankful every day I have a folding chair in that briefing room,” Ryan said. “I need each and every one of you not to hug me, but to pray for me. When I'm under attack it's not just me, it's all of us.”Yvette Miley, senior vice president for MSNBC and NBC News, received the association's Chuck Stone Lifetime Achievement Award. “This lifetime achievement award doesn't happen without people like you. It is not just about me, it about us,” she said upon accepting her honor.Miley was preceded by New York Times columnist Charles Blow, who delivered the evening's keynote address. He emphasized the significance of an organization like nabj and the journalists it honors.”Don't let this industry tell you that being unapologetically black narrows your worldview. NABJ, the world needs you,” Blow said.nabj gave awards in more than 100 categories across six segments including digital media, magazine, newspaper, photojournalism, television, and radio at the STE gala. Collegiate journalism and public relations work was also recognized. Through the gala, nabj recognizes journalism that best covered the black experience or addressed issues affecting the worldwide black community during 2016. The competition is open to all media organizations and individuals involved in print, broadcast and/or online journalism media.The Hall of Fame is NABJ's highest recognition. The 2017 nabj Hall of Fame class includes: Michael Days, former newspaper writer and author of “Obama's Legacy: What He Accomplished as President”; Rev. Aisha Karimah, prize-winning television producer; John Jenkins, veteran photographer and television executive; and Garth C. Reeves, Sr., Publisher Emeritus of the Miami Times.The Legacy and Ida B. Wells Awards were also presented during the Hall of Fame luncheon. Ron Thomas, former sports reporter and current head of the Journalism and Sports Program at Morehouse College in Atlanta, was honored with this year's Legacy Award, calling it his “personal Pulitzer.” Detroit Free Press Columnist Rochelle Riley was the recipient of the Ida B. Wells Award. Riley was met with a standing ovation as she issued a challenge to journalists in the audience.”The people are demanding more of us journalists so we must rise and give it to them. We must train new generations to continue to tell our story,” Riley said.Each year, nabj pays homage to legendary black journalists, authors, educators, and activists who have made outstanding contributions to both their industry and the black community across the diaspora.”nabj is proud to recognize these exemplary journalists,” says Sarah Glover, nabj national president. “We will continue to ensure that outstanding journalism that provides perspective on black life is elevated and that black journalists are appreciated and praised for their excellent work.”NABJ is great appreciative the support from our Hall of Fame partners Al Jazeera and Gift of Hope and Salute to Excellence partner FedEx.Inquiries and interview requests may be directed to Tanzi West Barbour at tanziwestbarbour@gmail.com. 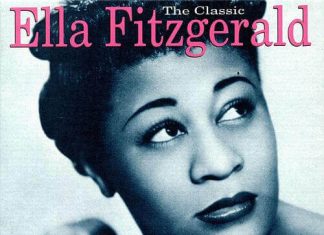 Feeling Drained? 10 Signs You are Keeping Company with a Narcissist