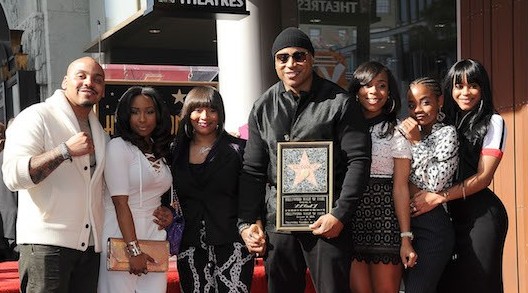 Walk of Fame honors LL Cool J with a star “LL Cool J is hard as hell, battle anybody I don’t care if you tell.” Those are the lyrics of rap legend, James Todd Smith more commonly known as LL Cool J.  The legendary rapper/actor has finally received his just due as he was honored with the 2,571st star on the Hollywood Walk of Fame.[/caption] For those that didn’t know, LL Cool J was the first rapper to have 10 consecutive platinum albums.  With the Grammy’s approaching, LL will once again serve as the host and I’m sue he is doing much more than that as he has stood the test of time.  Despite all his accolades, LL was very humble about this most recent honor. “I’m grateful, this is pretty big for me,” he said. LL was joined by his family, Puff Daddy, Queen Latifah, Kevin Liles and Russell Simmons as they stood by his side to honor him on his special day.