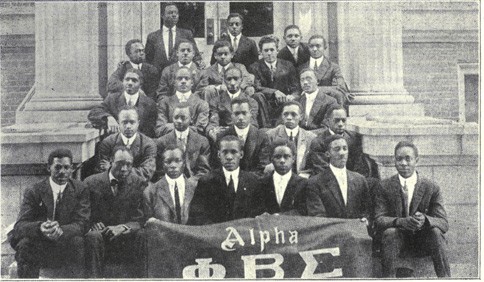 On Saturday, February 6, 2016, during Black History Month, “What Of The Day” (https://www.facebook.com/What-Of-The-Day-Celebrating-a-Century-of-Service-191640214518337/?ref=hl) will make its World Premiere at the Pan African Film Festival, Rave Cinemas Baldwin Hills, 4020 Marlton Avenue, Los Angeles, CA. 90008 at 7:00pm. The feature length documentary, commissioned and produced by Jonathan A. Mason, Sr., International President and the General Board of Phi Beta Sigma Fraternity, Inc., in association with With Grace Productions, traces the history of Phi Beta Sigma Fraternity, Inc., (www.pbs1914.org). Skillfully narrated by television and movie actor, Malik Yoba and written and directed by Anthony A. Samad, Ph.D., the film tells the story of the significance of the black fraternity movement in America, and chronicles Phi Beta Sigma Fraternity, Inc. activities, as it prepared to celebrate its 100th Anniversary.”This is an opportunity for the greater society to understand the prestige, power and relevance of the black fraternity movement, by chronicling one fraternity, Phi Beta Sigma, during its Centennial celebration. Its members have left an indelible footprint on American society,” remarked Anthony A. Samad, Ph.D.Founded at Howard University on January 9, 1914, the fraternity of such civil rights and cultural icons as James Weldon Johnson, Alain Leroy Locke, Asa Phillip Randolph, John Lewis, Hosea Williams, James Foreman, Huey P. Newton, Bill Clinton, Al Sharpton, Harry Belafonte and a host of others, Phi Beta Sigma Fraternity was part of every social change movement of the 20th Century, and begun making its mark on civil, political and human rights in the 21st Century. The film documents the charges and challenges that it faced in turning a century old.”This documentary is a keepsake for every living ‘Sigma Man,'” enthused Jonathan A. Mason, Sr., International President of Phi Beta Sigma Fraternity, Inc. “We are elated to premiere this documentary at The Pan African Film Festival, one of the most prestigious festivals in the film industry,” Mason added.The story of Phi Beta Sigma Fraternity, Inc. is the union of spirit and commitment to serve, with a firm foundation of learning and a genuine interest in the wellbeing of others. This is crystallized in Sigma's motto: Culture for Service and Service for Humanity. With the principles, Brotherhood, Scholarship, and Service, Phi Beta Sigma Fraternity, Inc., an international organization of college and professional men, today is one of the leading Greek-Lettered community service entities leading the charge against social injustice in America. With its membership of over 150,000 with over 750 chapters throughout the continental United States, Switzerland, Europe, Asia, the Caribbean and Africa, Phi Beta Sigma Fraternity, Inc. is always poised to address the issues of the day.

How To Survive Seasonal Affective Disorder This Fall [EXCLUSIVE AUDIO]