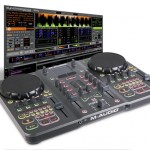 I have to write something in this section cause I’m tired of seeing Tom Joyner ‘s face on the front page of this blog (lol).

First and foremost Bristol Palin’s win over Brandy is absolutely repulsive and I’m not watching DWTS ever again. That sh… is totally set up and her dingbat mother’s friends called in to make sure her non-dancing ass got the votes.   Her baby brother can probably dance better. I HATE bullsh… politics. When WHITE people get pissed at something like this you KNOW something’s wrong. A white man actually shot his TV he was so pissed her lopsided ass won (lol). See story here.

I was writing the story about the best Radio DJs and DJs of all time and I realized something that I had never really given much thought to until last night. I remember entering radio in the mid 80s and having great sympathy for the station’s mix Radio DJs.   They were not invited to meetings, they were ignored, they REALLY weren’t paid sh… and the program directors just didn’t allow them in the radio circle. I would often see them hanging around the PDs office making a futile effort to be noticed and respected. They were simply mistreated. Me, being the champion of the underdog, some of my closest industry friends were the mix Radio DJs at the various stations that I worked at.   The program directors were no longer going out to clubs and what the DJs did was irrelevant to them but it was relevant to the audience. If they wanted to work a regular shift, they were all but laughed at and not taken seriously. I’m not saying it was like that at all the mom and pops back in the day because I think MOST of us who entered radio in the 80s on the urban side were treated like sh… our first few gigs. The 80s was not a good time to enter or work in urban radio.

The “DJ” has always been synonomous with creating his/her own niche, style and brand and making money from it. Some of the biggest urban radio Radio DJs worked without program directors in the 60s and 70s and made a ton of money. They were allowed to be the station’s stars (until urban radio let outsiders in who didn’t know sh… about black folks adn castrated the role and the influence of the DJ and made the station the star).   The black owners were jealous of the DJs’ success and they wanted a piece of the financial pie. The DJ back then was what the radio announcer should be today but the title rightfully went to the mix Radio DJs who instead of having various rhymes and distinct vocal and yucking skills focused on the music…doing sh… with it that no average radio announcer could do. As they were ignored it worked to their advantage, record pools were formed, conferences were created and they united to literally come up with their own fooking industry. KUDOS… Sorry fellow radio announcers but DJs are a MILE ahead and their reach and sphere of influence obliterates that of the everyday Radio DJ.   Today, I salute the DJ, those brothers and sisters who could have said fook it and left radio for good but instead made lemons out of lemon-aid.

The industry and holidays bring back some fooked up memories for me (lol) I remember having to work on many holidays and in the middle of the day. I also remember feeding people at the mission and not having sh… to eat at home in my early years. I wanted to knock one of those musty ass homeless people out of the way and have a seat at the table my damn self. But you know us urban radio folks, IMAGE. It’s the same reason many of us parked our Hoopties a mile away from an event so listeners would not know they earned more than we did (lol). I have been there. My white Radio DJ friends always made double and triple what the urban Radio DJs made and some of them felt sorry for us and would invite us over for Thanksgiving. I was not one to turn down a meal, even a nasty ass bland one. Sh…, I was hungry and I went (lol). When me and the late Nate Quick started together in radio at WIGO, we were so hungry that we would search the desks of the sales staff to see if they had left any jelly from McDonald’s (lol) in 1985, I was making $220.00 a month working for one of the most vile and cantankerous old bitches in the industry and I had left a job at the Marriott Marquis in downtown Atlanta where I was making $1400.00 a month as a room service waiter. In 1985, that was GREAT money. Sh…, my rent was like $299.00. What in the fook was I thinking? (lol). Here’s to all the urban radio people who are feeling a bit discouraged about their situation and who want to leave their radio gig but feel stuck AND who have to work for Thanksgiving. I have been there and I will tell you. It DOESN’T get better (lol)…so I offer you no fooking hope (lol).   No, you have to grow some balls (women included) and take a chance, you can’t depend on ANYONE including black folks to make you a star, if it’s any more comforting, just know they love to take credit for your success once you become a star.

Congrats to George Cook and his new gig at KKDA. It really does me good to see qualified African Americans in the radio industry have the opportunity to move ahead without all the bullsh… politics. It’s a great and well-deserved beginning for KKDA and the industry is very excited about it.

We provide you with the latest breaking news and videos straight from the entertainment industry.
Contact us: [email protected]ofacts.com