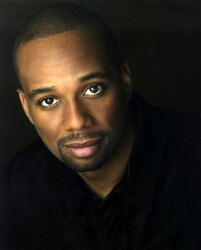 Washington, DC WPGC 95.5 announced today that Joe Clair will serve as host of the Radio Station ’s morning show alongside Tati, Guy Lambert and Poet beginning on Monday, February 9. The program can be heard on-air at 95.5 FM weekdays from 6:00-10:00AM in the Greater Washington, D.C./Baltimore, Md. area, online at www.wpgc.com and through the Radio.com app for mobile devices. Clair started his radio career at WPGC as part of the Sunday Night Hip-Hop Show with veteran DJ Big Tigger. He went on to become co-host of the Russ Parr Morning Show (WKYS) and later an on-air talent at Hot 97 (WQHT) in New York City. Clair is also a nationally known comedian with multiple appearances on ‘Def Comedy Jam’ (HBO), ‘Comic Groove’ (Comedy Central), ‘Showtime at the Apollo’ (NBC), Martin Lawrence presents: 1st Amendment Stand-Up (STARZ) and ‘Comic View’ (BET), as well as host of BET’s Rap City for six years. He most recently was a part of WHUR 96.3’s afternoon show with Frank Ski. “Joe is an incredible talent, a VERY funny man, a D.C. native who cares about the community and best of all a great guy,” said Steve Davis, Vice President Programming, CBS RADIO Washington, D.C. and Program Director of WPGC. “To be able to bring him ‘home’ to anchor mornings is incredibly exciting.” “I am thrilled to take on this new challenge,” said Clair. “D.C. is my home and I want to give the market a world class product with local sensibilities. I started my radio journey at WPGC so it feels incredible to be back. I want to have a lot of fun, be as timely and topical as possible, play great music and make my listeners laugh!”
# # # CBS RADIO, a division of CBS Corporation, is one of the largest major-market radio operators in the United States with Radio Stations covering news, sports, talk, rock, country, Top 40, classic hits, and urban formats, among others. The division owns and operates 11

Radio FactsDecember 9, 2013September 18, 2022
December 9, 2013September 18, 2022
FacebookTwitterInstagramYoutube
We use cookies on our website to give you the most relevant experience by remembering your preferences and repeat visits. By clicking “Accept”, you consent to the use of ALL the cookies.
Do not sell my personal information.
Cookie SettingsAccept
Manage consent