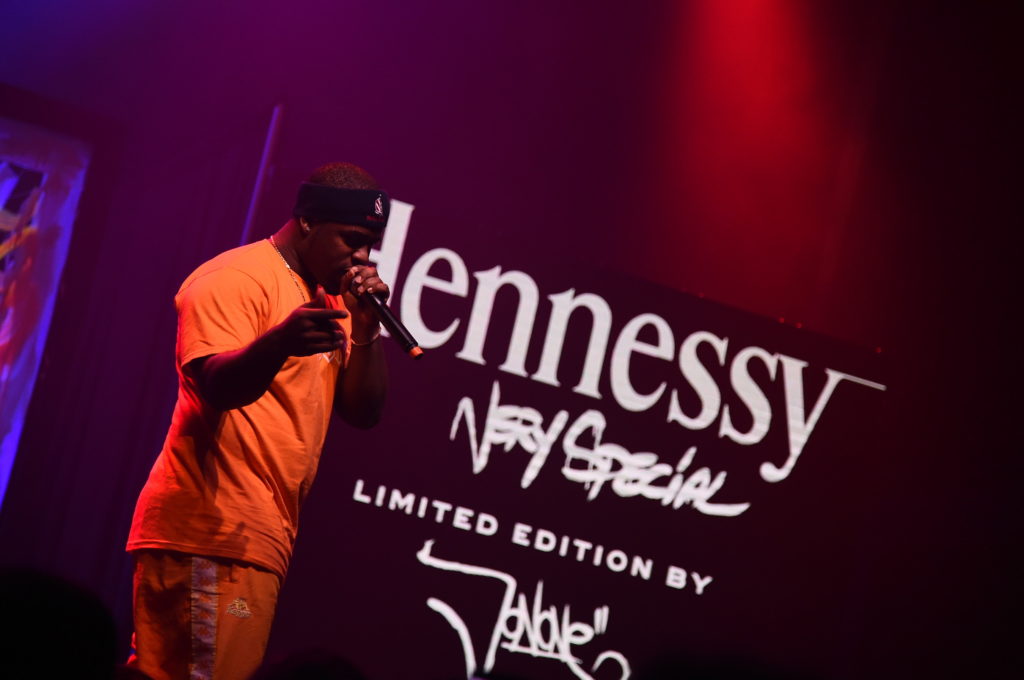 On July 11, 2017, Hennessy hosted the 2017 Hennessy V.S Limited Edition by JonOne launch event at Terminal 5 in New York City. Hennessy, the world's best-selling Cognac, celebrated Black artist JonOne as the designer of the 2017 Hennessy Very Special Limited Edition bottle. The custom-designed bottle, which launched across the U.S. in July 2017, is sold in almost 50 countries worldwide and features a colorful, vibrant design, is the seventh in an ongoing series of collaborations between Hennessy V.S and several internationally renowned artists.

JonOne's design process for the Hennessy V.S Limited Edition bottle mirrors the elaborate process of crafting Cognac. With an energy that has come to define his style, to create the bottle art he built layer upon layer of freestyle splashes of color, intermixed with Hennessy's own imagery, echoing the complex layers of flavors and aromas created during the Cognac blending process. The result is a final work that captures the spirit of the artist and gives a nod to the transmission and legacy of Hennessy.

The design appears on a limited run of flagship 750mL Hennessy Very Special bottles (priced approximately at $35). A special deluxe gift edition is also available, featuring a 1.75L bottle decorated with JonOne's iconic tag and Hennessy iconography. It is encased in a whimsically over-sized paint can, inspired by the artist's studio and creative inspiration, and available for a suggested retail price of $200.

Digital and Radio Facts - October 18, 2019 0
Radio Facts: I have to be honest in saying that there was a time that I was not sure about the future of commercial radio. [...]