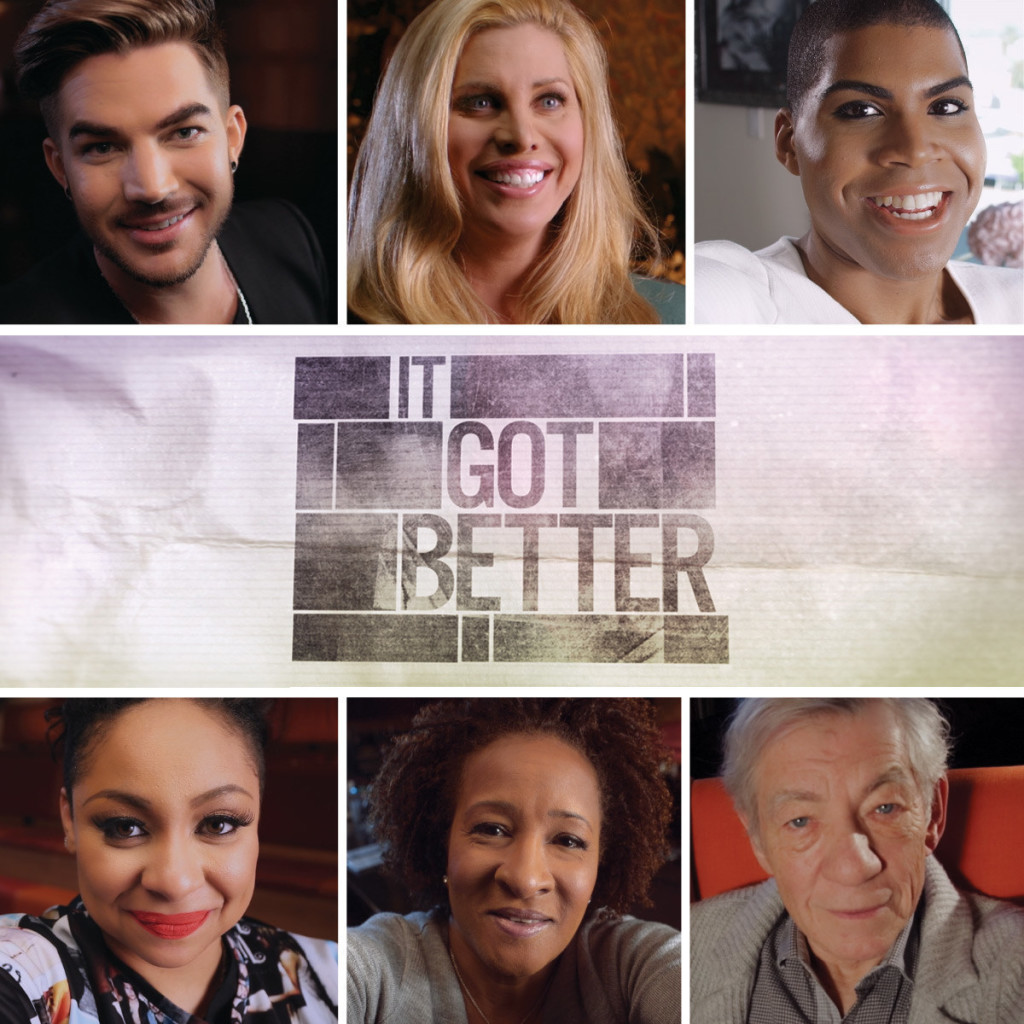 The third season of docuseries “It Got Better,” a collaboration between the creative team of Lisa Kudrow and Dan Bucatinsky’s Is Or Isn’t Entertainment (“The Comeback”; “Web Therapy”; “Who Do You Think You Are?”) and Dan Savage (“Savage Love”) and the It Gets Better Project, premieres today on Lexus’ digital content channel L/Studio (LStudio.com).

With the series’ third season debut, L/Studio demonstrates its continued support of this passion project from Kudrow/Bucatinsky, who produced the channel’s Emmy-nominated and Webby award-winning “Web Therapy” series.

“We recognize how important it is to host the inspirational stories shared in the ‘It Got Better’ series to reach a diverse community through our content channel,” said Andrea Lim, Lexus digital communications manager who oversees L/Studio. “We’re honored to work with talented luminaries, such as the creative team behind this series, and equally proud to offer artists a forum to convey their unique perspectives.

“Inspired by the Emmy Award-winning It Gets Better Project and the Emmy-nominated “Who Do You Think You Are?”, the series shares LGBT celebrities’ personal stories of overcoming obstacles while putting their struggles and successes in historical context.

Each of six episodes chronicles the life of a star with a focus on how and when “it got better” for them. All six videos are now available on LStudio.com and YouTube. This season’s episodes feature actor Sir Ian McKellen; singer/songwriter Adam Lambert; actress and talk show host Raven-Symoné; comedian Wanda Sykes; actress Candis Cayne; and reality TV star EJ Johnson.”

‘It Got Better’ grew out of our desire to create an original series with personal and inspirational messages by a diverse range of successful LGBT celebrities sharing their emotional experiences of overcoming obstacles,” saidDan Bucatinsky, producer of “It Got Better.”

“This season more than any other includes such a wide range of stories from racially diverse women and men, aged 20s to 70s, Trans and gay. We’re grateful to L/Studio, a platform that encourages that kind of diversity of storytelling.””Each season, I feel like I learn so much about people I’ve admired for a long time, like Ian McKellen,” said Dan Savage, co-founder of the It Gets Better Project (www.itgetsbetter.org).

“But I, and our whole “It Got Better” team, also learn about people we hardly knew anything about, which is a credit to the diversity of subjects we’ve been fortunate to be able to deliver year after year.”

Currently in its seventh year, L/Studio hosts an eclectic collection of programming designed to engage audiences outside of the traditional automotive encounter. Some notable recent projects include the mockumentary live-action series “Cop Show” starring Colin Quinn with a third season debuting later this summer and comedic series “Hudson Valley Ballers.”

The Lexus-owned digital content channel also has archived original work from the worlds of art, fashion, science, architecture and beyond.”It Got Better” and other entertaining content is available for viewing at LStudio.com and the L/Studio YouTube page.

The series will also be syndicated across Here Media channels. Stay tuned for more L/Studio content this summer. About LexusLexus launched in 1989 with two luxury sedans and a commitment to pursue perfection. Since that time, Lexus has expanded its line-up to meet the needs of global luxury customers.

Lexus is now going beyond its reputation for high quality vehicles with the integration of innovative technology, emotional exterior and interior designs, and engaging driving dynamics and performance.

Digital and Radio FactsMay 24, 2022September 18, 2022
May 24, 2022September 18, 2022
FacebookTwitterInstagramYoutube
We use cookies on our website to give you the most relevant experience by remembering your preferences and repeat visits. By clicking “Accept”, you consent to the use of ALL the cookies.
Do not sell my personal information.
Cookie SettingsAccept
Manage consent