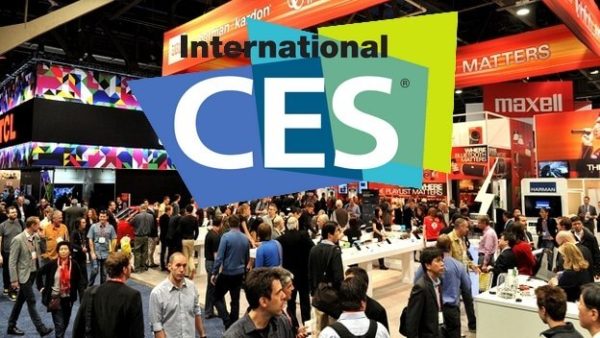 Las Vegas, Nev., January 6, 2015 – Revenues for the consumer electronics (CE) industry are projected to grow three percent in 2015 and to reach an all-time high of $223.2 billion, according to The U.S. Consumer Electronics Sales and Forecasts, the semi-annual industry report released today by the Consumer Electronics Association (CEA)®. The total revenues forecast was announced by CEA President and CEO Gary Shapiro during his opening remarks today at the 2015 International CES®, the global gathering place for all who thrive on the business of consumer technology, running January 6-9.CEA’s consensus forecast reflects U.S. factory sales to dealers and covers more than 100 CE products. The twice-annual report serves as a benchmark for the CE industry, charting the size and growth of underlying categories.Emerging TechnologiesThe 2015 forecast projects that revenue for new, emerging product categories is expected to double, growing 108 percent year-over-year in 2015. These new technology categories include 3D printers, 4K Ultra-High Definition televisions, connected thermostats, unmanned systems (unmanned aerial vehicles, unmanned vehicles and home robots), IP cameras and wearables such as health and fitness devices, smartwatches and smart eyewear.While the emerging product categories represent less than five percent of the entire CE industry revenue forecast, they are expected to contribute almost $11 billion to overall CE revenue in 2015.“Our forecast underscores that consumers’ love affair with technology shows no signs of slowing any time soon,” said Shapiro. “Consumer technology is all about continued innovation. In the blink of an eye, consumer demand has taken off for emerging categories such as wearables, unmanned aerial vehicles and 4K Ultra HD – categories that were too small to track just three years ago. Expect to see these burgeoning categories, as well as innovations across the full spectrum of consumer technology, on display this week at the 2015 International CES.”WearablesThe wearable device revolution is a key category to watch in the coming years, and especially in 2015. CEA projects overall wearable unit sales will reach 30.9 million units (a 61 percent increase from last year) and generate $5.1 billion in revenue in 2015 (a 133 percent increase). CEA’s wearables category encompasses fitness activity bands and other health and fitness devices, as well as smartwatches and smart eyewear.

“Mobile connected devices have reached an equilibrium, stabilizing the steep climb these products have experienced in recent years,” said Shawn DuBravac, Ph.D., chief economist, CEA and author of CEA’s soon-to-be released book Digital Destiny: How the New Age of Data Will Transform the Way We Work, Live, and Communicate. “Overall, improving economic conditions, consumer enthusiasm for new features and product categories, competitive manufacturer pricing and several other dynamics now at play should make 2015 an especially significant year for tech.”VideoLarger screen sizes and innovative display features have more consumers upgrading their video experience. TV sales remain critical as the industry’s third-largest contributor to the total revenue with sales of TV sets and displays projected to reach $18.3 billion in 2015, down two percent from 2014.

Other CE categories expected to enjoy positive growth in 2015 include audio, electronic gaming and laptops. Automotive electronics will see continued growth due to new vehicle sales in 2015, reaching $14 billion in revenue, a 3.3 percent increase.The U.S. Consumer Electronics Sales and Forecast 2010-2015 (January 2015) is published twice a year, in January and July, reporting U.S. factory sales-to-dealers. It was designed and formulated by CEA, the most comprehensive source of sales data, forecasts, consumer research and historical trends for the consumer electronics industry. Please cite any information to the Consumer Electronics Association (CEA)®. The complete report is available for free to CEA member companies at members.CE.org. Non-members may purchase the study for $2,000 at the CEA Store.

About CEA:The Consumer Electronics Association (CEA) is the technology trade association representing the $211 billion U.S. consumer electronics industry. More than 2,000 companies enjoy the benefits of CEA membership, including legislative and regulatory advocacy, market research, technical training and education, industry promotion, standards development and the fostering of business and strategic relationships. CEA also owns and produces the International CES – The Global Stage for Innovation. All profits from CES are reinvested into CEA’s industry services. Find CEA online at CE.org, DeclareInnovation.com and through social media: