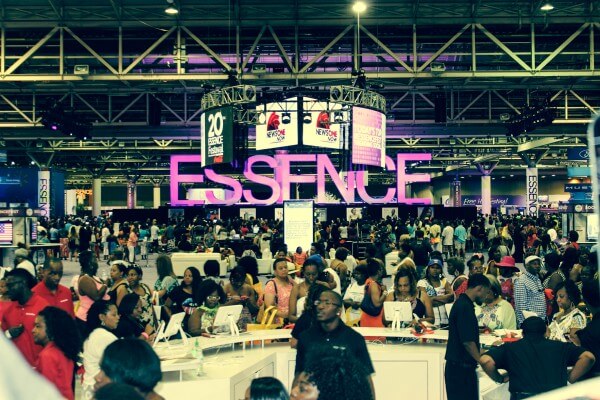 Essence announced its slate of ‘Live from the Essence Festival’ digital programming for the 2015 Essence Festival presented by Coca-Cola in New Orleans, Louisiana, July 2-5. The Festival will come to life as an all-access social media experience for fans featuring 24 hours daily of streaming video, as well as real-time newsroom and social media reporting across Essence platforms Essence.com, EssenceFestival.com and YouTube.In addition, the brand’s hugely popular weekly entertainment and pop culture talk show ‘Essence Live’ powered by Samsung will stream a one-hour special each day from Center Stage on the floor of the Ernest N. Morial Convention Center; featuring celebrity guest segments, musical performances, live audience games and interaction, and much more. Each night, select musical performances will be live streamed from Superdome stages.”We are expanding the Essence Festival’s footprint with a fully immersive social media experience,” said Essence Deputy Managing Editor Dawnie Walton. “With more than 100 hours of free, live programming at the Festival, there is so much to take in. We are tripling our offering of video and live streams to enable fans in New Orleans and around the world to embrace the best in entertainment and culture–‘Live from the Essence Festival’.”The Essence Festival Newsroom will capture all of the entertainment, style and substance of the Festival with wall-to-wall coverage all weekend long. Essence.com will provide up-to-the-minute highlights and behind-the-scenes access to the artists, performers, speakers and influencers in attendance through expanded video packages, photo galleries and exclusive celebrity interviews.Fans can stay close to the action by visiting Essence.com and following Essence on Twitter and Instagram @essencefest #EssenceFest #EssenceLive and becoming a fan of 2015 Essence Festival on Facebook.