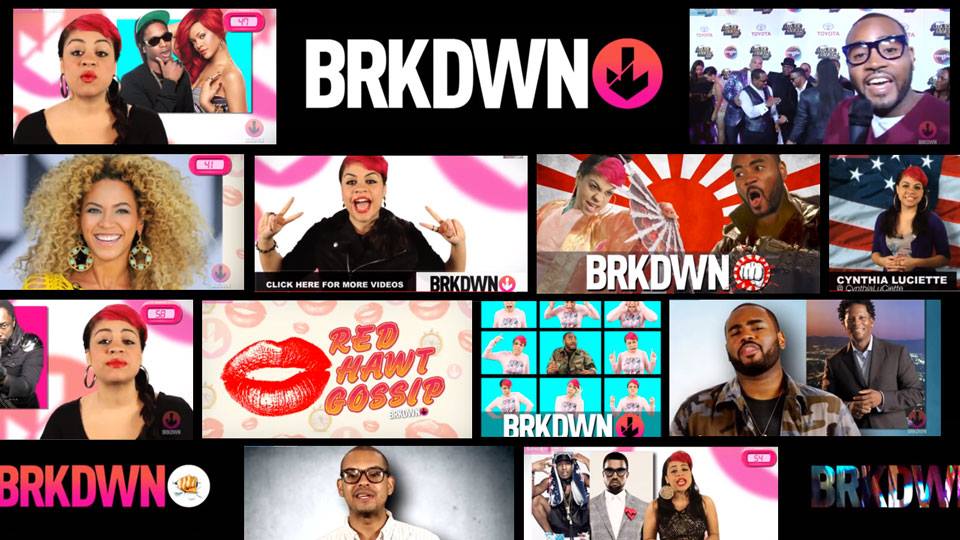 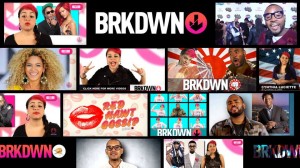 Bounce TV (www.BounceTV.com), the nation’s fast-growing and only broadcast television network for African Americans, will debut a new original series this fall which will be newly-created episodes of the popular YouTube show BRKDWN, it was announced today by Bounce TV Executive Vice President, Programming and Production, Billy Hall. Alchemy Networks, the premier digital network for Black lifestyle and entertainment, and BMP Digital, the digital division of leading production company Bunim/Murray Productions, producers of such hit reality shows as “Keeping Up With the Kardashians” and “Project Runway,” will team to produce the newly-created original episodes of the popular Alchemy original online series.Based upon the online show, the new version of BRKDWN will be a half-hour series featuring pop culture news and stories of the moment as viewed through the distinctive lends of today’s media-connected Black experience.”Bounce TV’s accelerated distribution growth and strong initial ratings has allowed us to expand our original programming efforts ahead of schedule and BRKDWN targets our audience beautifully,” commented Hall. “Alchemy Networks is a natural partner as they are creating desirable original content to reach targeted audiences and Bunim Murray’s track record in the space is outstanding.””We couldn’t be more excited with BRKDWN’s expansion to broadcast television,” says Peter Griffith, CEO of Alchemy Networks. “One of our goals since launching on YouTube was to extend to multiple platforms keeping viewers engaged at both ends of the spectrum ““ over the Internet and in front of their TV screens. We have achieved that goal in a relatively short period and it is a testament to the quality production from our partners at Bunim Murray and our talented hosts at BRKDWN.””BRKDWN has proven itself as a successful, viable online series that delivers entertainment and pop culture news with a unique point of view,” said Daniel Tibbets, Senior Vice President of Digital Media at Bunim/Murray Productions. “Bounce TV’s interest in the series proves that the web is becoming a go-to destination for quality concepts and content with a built-in audience.”