Bounce's Saints & Sinners Finishes #1 in All of Television Ahead of CBS, FOX and NBC and All Cable Networks Sunday Night Among African-Americans 25-54

For the first-time ever, Bounce's hit drama series Saints & Sinners was the #1 most-watched program in all of television, beating CBS, FOX and NBC and all ad-supported cable and pay networks on Sunday night May 6, in the delivery of the Bounce target audience of African Americans (P25-54) between 9:00-10:00 p.m. (ET). 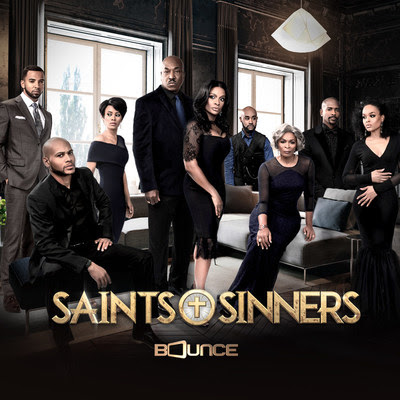 Consumers can catch up on Saints & Sinners anytime on Brown Sugar, Bounce's new subscription-video-on-demand service. Saints & Sinners seasons one and two are available in their entirety with exclusive season three episodes being added every Monday. Brown Sugar features an extensive library of iconic black movies, all un-edited and commercial-free andis accessible on Channels, Fire TV, Kindle, Apple TV, Roku, Android and Apple smartphones and tablets and web browsers via BrownSugar.com.

Bounce (@BounceTV) airs on the broadcast signals of local television Radio Stations and corresponding cable carriage, and features a programming mix of original and off-network series, theatrical motion pictures, specials, live sports, and more. Bounce has grown to be available in more than 99 million homes across the United States and 95% of all African-American (AA) television homes, including all the top AA television markets. Bounce is part of The E.W. Scripps Company (NYSE: SSP).

The Rickey Smiley Morning Show Discusses LaLa Anthony Educating Her Son About How to Treat a Black Woman: “Sometimes it Takes a Queen to...

Rickey Smiley Discusses Sasha Obama Getting Dragged on Social Media For Wearing Expensive Bag Made by Black Designer: “People are Starving And Crying For...

Thomas Coesfeld to succeed Hartwig Masuch as CEO of BMG

AUDACY WELCOMES CIPHA SOUNDS TO 94.7 THE BLOCK IN NEW YORK

Audacy Welcomes Back Lynda Lopez to 1010 WINS on 92.3FM in New York