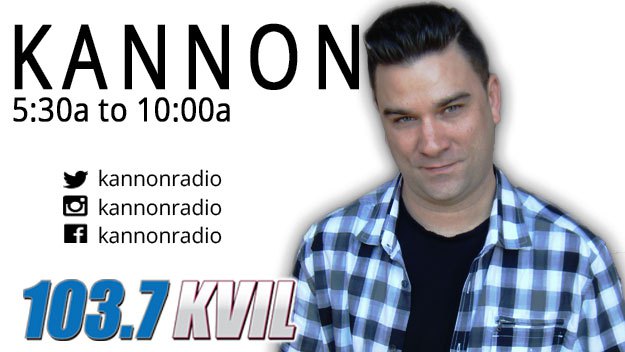 103.7 KVIL NAMES KANNON AS NEW MORNING HOSTDallas/Fort Worth – Mike Kannon is the new morning drive host on 103.7 KVIL, weekdays 5:30 a.m. to 10:00 a.m., effective immediately.“Kannon brings a wealth of social media experience and an expansive knowledge of everything pop culture to our more music morning show on the New 103.7 KVIL,” said program director Jay Michaels. “That, combined with his knowledge of the Dallas-Fort Worth area, make him a great addition to our incredible live and local air staff.”Kannon was most recently morning drive host for KLIF-FM in Dallas-Fort Worth. Prior to that, he was program director at WRDW-FM in Philadelphia. Kannon has also served as music director and nighttime host at WBTS-FM in Atlanta and held the same positions at WJBQ-FM in Portland, Me. He began his radio career as a high school student in Raleigh, hosting weekend overnights at WRDU-FM and went on to become the mix show dj in Boston for a nationally-syndicated program, “Open House Party,” which he now hosts on Sunday nights.“I’m so happy to be doing what I love in the greatest city in the world,” Kannon said, “and I’m deeply honored to be part of Team KVIL!”Below is the complete weekday lineup on 103.7 KVIL:5:30 a.m. – 10:00 a.m. – Kannon10:00 a.m. – 3:00 p.m. – Sybil Summers3:00 p.m. – 7:00 p.m. – Leigh Ann Adam and Courtney Kerr7:00 p.m. – midnight – KoryListen to 103.7 KVIL online at www.kvil.com and on mobile devices via the radio.com app.103.7 KVIL is owned and operated by CBS RADIO, one of the largest major-market radio operators in the United States. A division of CBS Corporation, CBS RADIO operates 117 radio stations, the majority of which are in the nation’s top 50 markets. CBS RADIO also owns and operates KRLD-FM, KRLD-AM, KJKK-FM, KMVK-FM, and KLUV-FM in Dallas-Fort Worth.