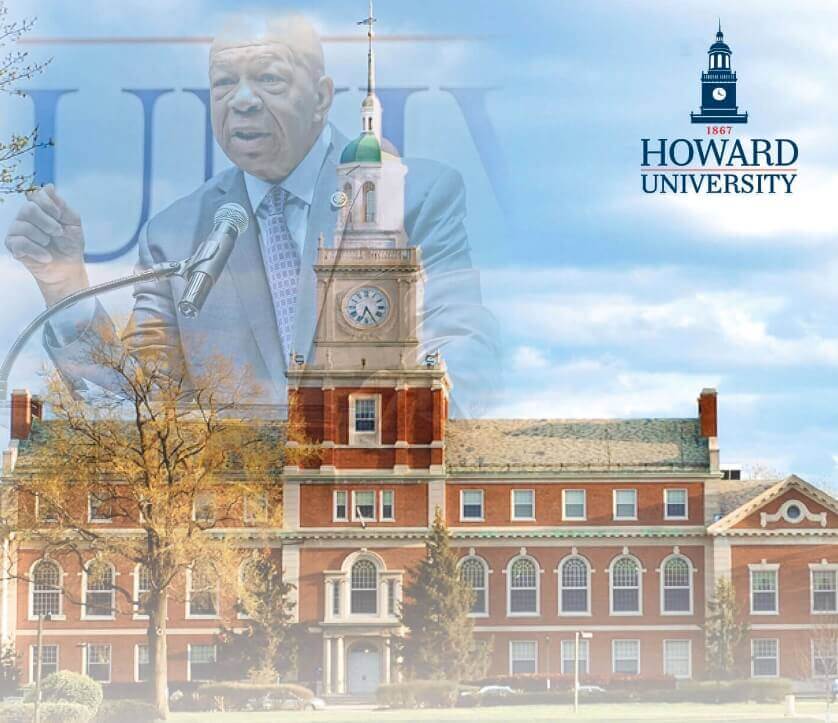 WASHINGTON – On Nov. 25, Howard University paid tribute the life and legacy of the Honorable Congressman Elijah E. Cummings, a distinguished leader in the U.S. House of Representatives and a beloved and influential alumnus.

In remarks, Howard University President Wayne A. I. Frederick, Howard deans and professors praised Cummings for his selfless and unparalleled contributions to the University, other HBCUs, and to the wider nation throughout his service in politics. Congressman Cummings passed away last month, after proudly serving Maryland’s 7th congressional district in the U.S. House of Representatives for more than 20 years.

Dr. Frederick fondly recalled how Cummings offered himself as a confidante as well as the occasions where he would actually run into the congressman in the administration building lobby as Cummings sought to pay his daughter’s tuition bill. Several members of the Cummings family attended the event.

“His care and concern for his family and for what he saw as his responsibility around that activity was absolutely heartwarming,” Frederick said. “That greatness that he exemplified did not occur by chance. It occurred because he had an unending, unconditional love for his family that then permeated out to the rest of us.”

Dr. Frederick said Cummings had probably spoke at more individual school and colleges commencements than any single other individual. Each each year, at a pre-commencement dinner, the graduation day speaker was always seated at the table where Cummings sat.

“It was one of my rules,” Dr. Frederick said, knowing that Cummings would help the speaker fully appreciate the institution’s importance. “I have heard few people express what Howard University is in the manner that he did.”

“The Cummings class found that they were in a department that would rocket to the forefront of an emerging, decidedly pro-Black, pan-African, diasporic paradigm in the field of political science,” Lusane said. “This was the environment Mr. Cummings was seeped in during his undergraduate years. His leadership was quick to assert itself. He formed a bond with Dr. Walters that would be lifelong.”

After graduating from Howard, earning a law degree from University of Maryland School of Law and practicing law for 19 years, Congressman Cummings blazed his own trails by beginning his career of public service in the Maryland House of Delegates, where he served for more than a decade. In his most recent role, Congressman Cummings served as the chairman of the Committee on Oversight and Reform. As the committee’s Chairman, Congressman Cummings fought to hold the presidential administration to a high standard of excellence and to ensure efficiency and effectiveness in the actions of the government of the United States.

View a recording of the event from WHUT.org by clicking here

Pinky Cole’s Surprise Gift to Every CAU Graduate in Atlanta

Radio FactsMarch 17, 2014September 18, 2022
March 17, 2014September 18, 2022
FacebookTwitterInstagramYoutube
We use cookies on our website to give you the most relevant experience by remembering your preferences and repeat visits. By clicking “Accept”, you consent to the use of ALL the cookies.
Do not sell my personal information.
Cookie SettingsAccept
Manage consent