Does Anyone Still Think O.J. Simpson Didn’t Do it? 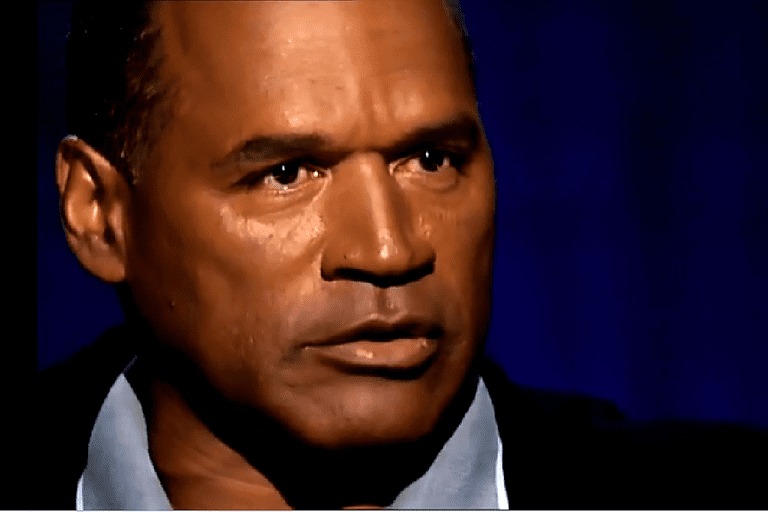 Kevin Ross
People of Earth, I have a very serious question. Is there anyone out there who still believes that O.J. Simpson didn’t do it?On Sunday FOX aired a “lost” O.J. interview. The footage was taped in 2006 when O.J. was getting ready to release a book about the murders titled If I Did it. Wisely, the book never reached shelves. In one of the key moments from the interview O.J. remembers taking a knife from a mysterious man named Charlie. O.J. says he then blacked out and the next thing he remembers is being surrounded by “blood and stuff.” Yes, it’s as creepy as it sounds.If you’ve followed everything from the Bronco chase to the decades of news coverage, to the amazing television adaptations and documentaries and you still believe with all of your heart that O.J. is innocent I would love to hear from you. I have so many questions for you. Why do you believe that? Was he your hero? Your first crush? Did he pay off your mom’s student loans? Do you only use Hertz rental cars because you love old O.J. commercials so much?I understand the interest in O.J. His story is a fifty car pile-up that America cannot stop slowing down and glaring at. It is the perfect storm of crime, race, sex, sports, entertainment, and politics. It checks all of the boxes. I watched ESPN’s documentary O.J: Made In America in 2016 while I was on VACATION. My girlfriend and I took time away from New Orleans food, music and drinks to watch TEN HOURS of O.J. I do not regret one second of it.That documentary is one of my all-time favorite television experiences. It is riveting from beginning to end. It is the first thing I’ve seen or read about the O.J. case that provides the proper context surrounding the verdict. You walk away from it with a complete understanding of how he could be acquitted with a mountain of evidence pointing to no one else but The Juice. You also get to see that O.J. is kind of a self-absorbed, terrible person.This newly released interview throws another log on to the “O.J. did it” fire. It’s difficult to look at the evidence, watch O.J.’s latest weird statements, know about the long history of domestic abuse between him and Nicole Brown Simpson and still think he is innocent.So please, if there is anyone out there who still believes that your favorite Buffalo Bill is getting a bad rap, give me a shout. I’d love to have some of what you’re drinking.Check out a clip of the interview here.