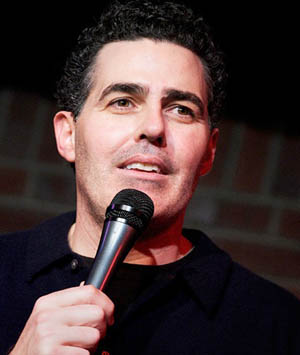 Perhaps Adam Corolla has started a new trend…could announcers now be treated like artists and be required to bring proof of their appeal via buzz? (IF they still want to work in commercial radio that is) iTunes is certainly a great place to do it, the free format can finally allow announcers to be themselves. Adam is really turning his show into an interesting concept he’s doing appearances and he has sponsors and a full crew… The show is actually very impressive. Corolla has turned lemons into lemon-aid after being canned by an LA radio station.For years we’ve praised the concept of “time-shifting” as a unique advantage of today’s digital media. No longer are we forced into an all-or-nothing option of being present at a live event or face the consequences of missing it completely. We can use a DVR to record a World Cup game in the morning for viewing later that day, stream Saturday Night Live on our laptop via Hulu on Sunday morning, and forgo commercial-filled drive-time morning radio in lieu of an iPod’s worth of our favorite podcasts.Since his live morning radio show was canceled in February 2009, that’s exactly what entertainer Adam Carolla (Loveline, The Man Show, Crank Yankers, Dancing with the Stars) has done. He’s amassed an army of loyal listeners that have downloaded The Adam Carolla Podcast millions of times, making his show a mainstay at the top of the iTunes charts.   read the whole story here