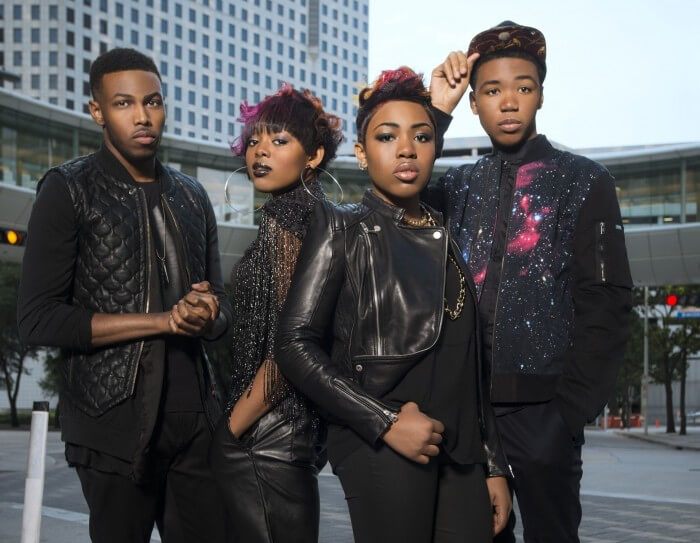 FAST FORWARD, the increasingly popular new release by The Walls Group, grossed the most album sales this week according to Nielsen SoundScan figures and debuted at #1 on the Gospel Album Sales Chart and Billboard’s Top Christian/Gospel Albums Chart. This news comes off the heels of an impressive street-week for the project, as the album recently scored #1 spots on both iTunes and Amazon’s gospel chart. Executive produced by multi-platinum gospel star Kirk Franklin, FAST FORWARD features 10 tracks of modern, up-beat and progressive music with strong gospel influences. FAST FORWARD is available everywhere music is sold.“I can’t find the words to explain how proud I am of The Walls Group and how thankful I am that the public went out and supported both a new group and a new company,” said Kirk Franklin “I am truly humbled.”Inspired by the group’s multi-generational appeal, Franklin wrote and produced 8 of the album’s 10 songs and appears on the compelling track, “Beautiful.” Eldest member of the group, Darrel also showcased his pen, writing two tracks featured on the project, “Great Is Your Love” and “Freedom.” The album includes power collaborations with R&B artist Brandy on “God On My Mind,” and popular Christian rapper Lecrae on “High.”The talented Houston-based siblings, Ahjah (16), Paco (18), Rhea (19) and Darrel (23) have been on the fast track to success that includes being the first act signed to Fo Yo Soul Recordings /RCA label, receiving over a million views on Vevo for their first single “Perfect People” going on a national tour with gospel phenom, Tye Tribbett and debuting a #1 selling album—but the group remains humble. The whole group co-signs the soul-searching single “Satisfied,” saying it reminds them to keep their eyes on the true prize. “If I never get that house, that car / Or be a superstar / And my dreams, never come true / Will I be satisfied with You?”The single, “Love On The Radio” peaked at #10 on the Christian/Gospel Chart and continues to go strong on radio. The new video for “Love On The Radio” debuted recently on Vevo and has already received more than 30,000 views.FAST FORWARD is undeniably a testament to the unique talent of The Walls Group. More importantly to the group, however, this project stands as a sonically rich and spiritually uplifting testimony. Darrel explains, “We say it all the time. This album is an album of messages. There’s a message in every song that’s needed for somebody. If you feel some kind of way about your life, there’s something on this record that will help you.”[youtube https://www.youtube.com/watch?v=_pp37j1QURI]The Walls Group, along with label-mate Tasha Page-Lockhart, completed a stint as opening acts on the highly successful “Kirk Franklin Presents Tye Tribbett Tour.” The House of Blues series covered 12 dates in the month of July, including sell-outs in New York and Philadelphia. Currently, The Walls Group is performing across the United States in support of FAST FORWARD.Fast Forward Track List:1. Intro2. Love On The Radio3. Big Brother4. Great Is Your Love5. Satisfied6. God On My Mind (Feat. Brandy)7. Freedom8. Paco’s Interlude9. High (Feat. Lecrae)10. Perfect People Interlude11. Perfect People12. Beautiful (Feat. Kirk Franklin)13. Anything And Everything