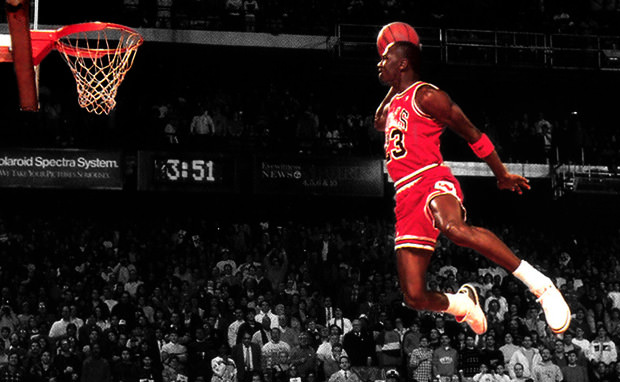 Michael Jordan recently stated that in his prime, he didn’t think he would lose to Lebron James, Kobe Bryant, or any of today’s top players. With that one statement, the sports world went crazy and the debate was on.A young lady I know discussed it with me and she didn’t see what was the big deal.  She told me that sports were overrated and she couldn’t understand what the hype was about. She asked me, “What is the big deal with sports? Every time I turn on the TV it seems as If someone is getting arrested or doing drugs.” She definitely has a point; with the controversy surrounding Lamar Odom and his drug issues, former New England Patriot, Aaron Hernandez’s pending murder case, Alex Rodriguez’s performance enhancing drug suspension, or Floyd Mayweather Jr. spending time in prison for allegedly beating the mother of his children, the sports world seems like more of an episode of “The Young and the Restless” rather than the awe-inspiring competitive world of superhuman athletes we have grown to admire. Even in the midst of all the drama we are still drawn to the excitement, the struggle, and the accolades that sport brings to our lives.Muhammad Ali once said, “Chions aren’t made in the gyms. Chions are made from something they have deep inside them — a desire, a dream, a vision.” It is that desire, dream, and vision that we embrace and hold on to. We place athletes on such a pedestal because we see things in them that we would like to see in ourselves. For me personally, I feel a certain connection to Michael Jordan and Chicago Bulls. I will never forget when the Chicago Bulls had their first three-peat. It was on the day I graduated high school. To this day, that is still one the greatest days of my life. It is because I directly connected my achievements with those of my favorite NBA team. And just to add to my love of the game, the Bulls accomplished their second three-peat on the day I graduated college. As my team raised their hands in victory, I was raising my diploma in victory.These are the memories that connect us to sports that keep us coming back for more. Any drug addict will tell you that there is no high like the first one and what makes them an addict is trying to attain the same high once again. That isn’t the most politically correct analogy but it is the one that fits. As sports fans we are always chasing that first high. I’m not a Boston Red Sox fan at all but I did understand the joy they felt when they finally defeated the New York Yankees and went on to win the World Series. I understand why some people love Floyd Mayweather Jr. and his flawless record while others loathe him for his arrogance and would love to see him lose.As human beings, that is what we all want. We want to win our own personal World Series. Whether it is marriage, getting the big promotion at work, or just living each day to the fullest, we all are in search of our personal treasure. So if you are not a sports fan and you can’t understand why people tailgate or sleep outside to get tickets, then maybe this will serve as a small indication of why sports are so appealing. Sure Scandal is a great show filled with passion, intrigue, and drama but it is all fictitious.Sports provide that same passion, intrigue, and drama but it’s totally unscripted, unrehearsed, and uncut. So when Jordan hit the game winning shot, Tiger sank the hole in one, and Jerry Rice caught the catch to win the Super Bowl, I hit that shot, I sank that hole, and I caught that touchdown. In their accomplishments, we all find a sense of accomplishment.Are sports overrated? I honestly believe that is for the individual to decide but for me, I would say absolutely not. What do you think?