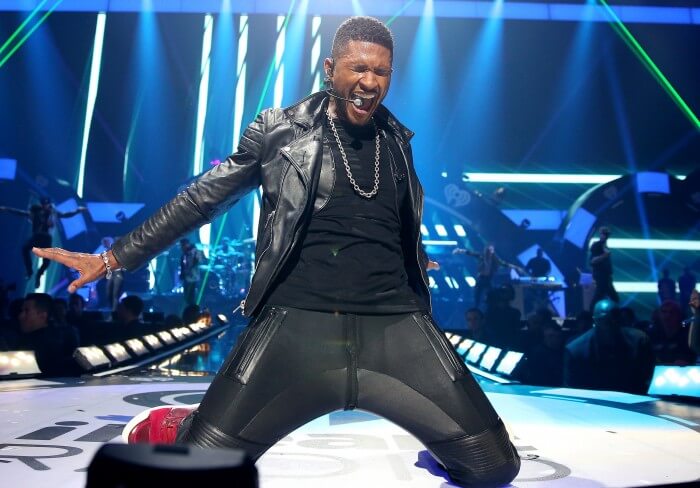 The live concert streams will kick off on July 15 with “A Very Special Evening with Dave Matthews Band” at the Jacksonville Veterans Memorial Arena. The show will feature the group delivering two sets, performing together in numerous electric and acoustic configurations in a reinvention of the traditional DMB summer evening.

Additional artists confirmed for the new channel include: Usher, Gavin DeGraw, Common, The Neighbourhood, MKTO, The Kooks, Airborne Toxic Event, Three Days Grace, The Fray and many more. The Live Nation Channel on Yahoo Screen will also feature special performances including:
● Recent Rock and Roll Hall of Fame inductees, KISS, streaming live from their 40th Anniversary Tour;
● john legend performing Marvin Gaye’s classic album, “What’s Going On” in its entirety, with Sharon Jones & the Dap-Kings and the Los Angeles Philharmonic live from the Hollywood Bowl; and
● Justin Timberlake and the Tennessee Kids performing their first ever concert in Reykjavik, Iceland.
The Live Nation Channel on Yahoo Screen fuses together global superstars and emerging artists across genres, from rock to pop, hip hop music to electronic. Music fans can get a sneak peak at the first 30 days of scheduled performances by going to yahoo.com/live. Starting Monday, July 14, they can sign up for text, email and calendar reminders for the concerts they want to watch — and invite their friends to tune in, as well. Fans will have the freedom to stream concerts wherever they are through Yahoo Screen on iOS, Android, mobile Web, desktop, and Smart TV platforms including AppleTV, Roku and Xbox 360.

“Live moments are the most memorable — whether it’s your favorite band’s performance of a lifetime, that amazing last-second goal that crowns the world champion, or an unforgettable acceptance speech that goes viral. And in today’s on-demand entertainment environment, live experiences are the only ones that we all share together, at the same time,” said Kathy Savitt, CMO of Yahoo. “Together with Live Nation, we are excited to bring millions of fans together to share these moments through the new Yahoo Live experience.”

“Live Nation produces more than 23,000 annual shows for 60 million fans globally. With the Live Nation Channel on Yahoo we are bringing these amazing artists with great production to the 800 million monthly Yahoo fans. This channel will create a powerful new way for artists to continue to grow their global fanbase.” said Michael Rapino, CEO of Live Nation Entertainment.

In addition to the biggest collection of concert live streams available on the Web, the Live Nation Channel and Yahoo Screen will feature an on-demand catalogue of songs on video and hundreds of insider vignettes including behind-the-scenes footage, artist interviews and more.

The Live Nation Channel on Yahoo Screen is part of the Yahoo Live experience, which also features instant sports highlights, stats and analysis, as well as live coverage of the hottest red carpet moments and blockbuster premieres. For more information and to view the calendar of upcoming live performances, visit yahoo.com/live.