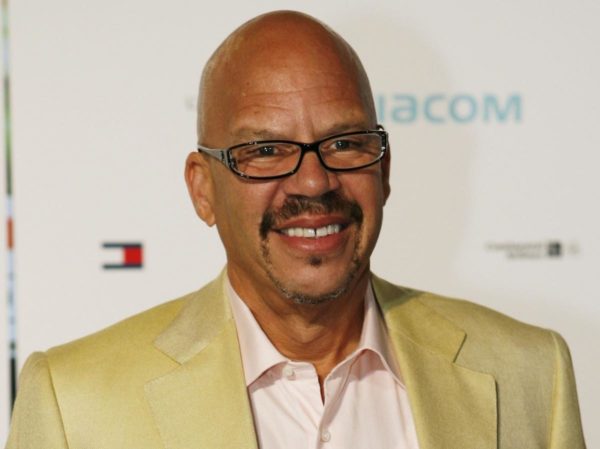 Boulding, known as the doctor of radio, was radio industry pioneer who started the country’s first urban format for satellite delivery called Heart and Soul. As a Program Director, Jerry Boulding, programmed 16 radio stations in over six major markets throughout the country. A former radio personality Jerry Boulding referred to himself as Jolly Jerry B, while on the air. He brought life and flavor to Chicago’s WVON radio station when he hired a young 20-something-year-old disc Radio DJey named Tom Joyner . By giving Joyner a chance, Boulding set the stage for Joyner’s success today.

During this morning’s segment Joyner shared personal anecdotes about his relationship with Jerry and detailed how he was responsible for turning his career around. Find the Little Known Black History Fact and listen to the segment on BlackAmericaWeb.com. Read the full transcript below.

TOM JOYNER: The doctor of radio. A radio industry pioneer who started the country’s first urban format for satellite delivery called Heart and Soul. As a Program Director was Jerry Boulding programmed 16 radio stations in over six major markets throughout the country. A former radio personality Jerry Boulding referred to himself as Jolly Jerry B, while on the air at Washington, D.C.’s WOL and he brought and he brought me to Chicago.

SYBIL WILKES: He did.

TOM JOYNER: And turned my career around. And then we both got fired from the same …

SYBIL WILES: But that was okay, that’s okay.

TOM JOYNER: You want me to tell my, we got …

SYBIL WILKES: Can you tell your story?

TOM JOYNER: It is funny.

SYBIL WILKES: Okay, I would love for everybody to hear this.

TOM JOYNER: Okay, so we had WVON, and Jerry hired me from Texas to come to WVON and replace a legend. Do you remember the Soul Train announcer goes, in a real high pitched voice, it’s The Souuuul Train?

SYBIL WILKES: And that’s what people in Chicago were saying too.

TOM JOYNER: E. Rodney Jones. He had a big bass voice, like that.

SYBIL WILKES: He got on …

TOM JOYNER: (Mocks dialing a phone with a rotary dial)

SYBIL WILKES: That was a phone with a rotary dial.

TOM JOYNER: (Mocks dialing a phone with a rotary dial). “Velma? Yeah, is he up there? Tell him I’m coming up.”

J. ANTHONY BROWN: Now who’s up there? Who’s he gonna talk to.

TOM JOYNER: The new manager of the station, he’s firing everybody. “Velma, I’m coming up.”

SYBIL WILKES: And he said?

TOM JOYNER: “They fired me too, Jerry.” (Laughter)

SYBIL WILKES: The voice of the negro. And the unemployed negro.

TOM JOYNER: “Rodney, Rodney, what happened? He fired me too.” (Laughter)

SYBIL WILKES: What a man.

TOM JOYNER: And I thank you, Jerry. God bless.