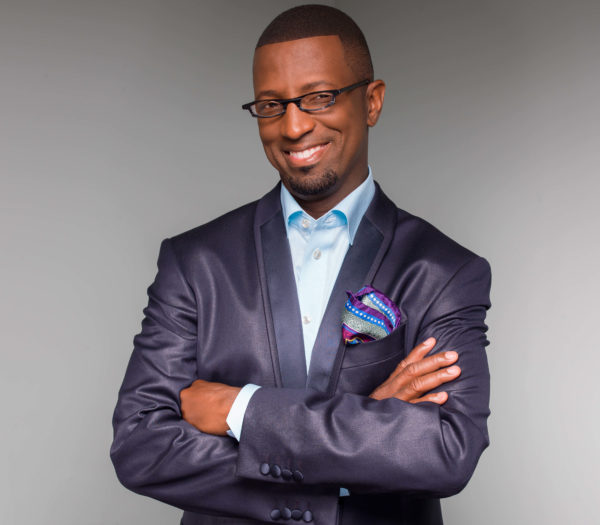 Rickey Smiley is winning.  With a syndicated radio show, a successful stand up career, and a few films under his belt, the funny man seems to be doing quite well.  Now you can reality show star to his portfolio.TV One is currently in production on Rickey Smiley For Real, a one-hour series featuring syndicated radio personality, host and stand-up comedian Rickey Smiley, as he tries to juggle his career and home life.Premiering in November, Rickey Smiley For Real, produced by Bobbcat Films, will capture Smiley as he navigates the “ups” and “downs” of professional demands, single fatherhood, and intimate relationships. Shooting in Atlanta, Georgia, where he resides during the week, and in his hometown of Birmingham, Alabama, where he raises his family, Smiley’s struggle to find work-life balance while trying to maintain a love life will be a central focus of the series.“After two seasons of working with the ‘ins and outs’ of a scripted series while balancing my radio hosting responsibilities and my personal life, I realized the effort was redundant,” said Smiley. “There was a better opportunity to share through a reality lens – showing warts and all – my efforts to maintain a satisfactory professional and personal life as a single father and entrepreneur.”Infusing his brand of comedy into every situation, Rickey Smiley For Real, will introduce viewers to his four children – sons Brandon and Malik, adopted daughter D’Essence, and adopted daughter Aaryn – as well as his extended family of co-workers, colleagues and friends – his deceased friend’s son Craig, live-in assistant Miss Pat, personal assistant Miss Price, D’Essence’s boyfriend Landon, business manager Bruce, childhood friend and family lawyer Nikita Blockton, radio co-host Da Brat, radio show sidekicks Gary Wit Da Tea, HeadCrack and Juicy, and radio show producer Beyonce Alowishus.“So often reality series focus on extreme personalities in the Black community, reflecting a one-dimensional point-of-view,” remarked D’Angela Proctor, TV One’s head of original programming and production. “Rickey Smiley For Real seeks to offer an alternative slice of the reality pie in showcasing a successful Black man navigating life and career, but filled with just as much humor, drama, and relatable situations we know viewers and fans of Rickey Smiley will enjoy.”Rickey Smiley For Real is produced by Bobbcat Films for TV One with Rickey Smiley and Roger M. Bobb as executive producers and Angi Bones as co-executive producer. For TV One, Lamar Chase is executive-in-charge of production, Robyn Greene Arrington is vice president of original programming and production, and D’Angela Proctor is head of original programming and production.