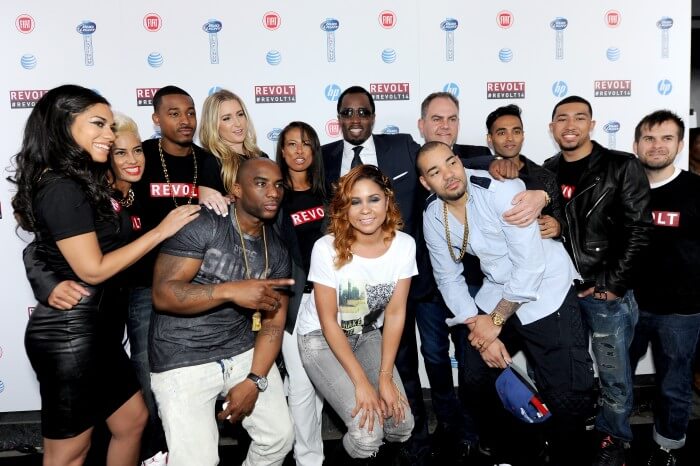 The term “omnifront” was coined by REVOLT Chairman Sean “Diddy” Combs last night to describe the brand’s diverse multi-platform content. The fact that REVOLT is everywhere, anywhere, anytime was underscored multiple times throughout the presentation with several announcements including the unveiling of a comprehensive “Road to Truth” study on how brands can successfully market to Millennials, a new free REVOLT app for iOS and Android devices, and “Making the Brand,” a limited-edition series exclusive to the REVOLT app that takes fans behind the scenes of the two year-long journey to create the REVOLT brand.

“We are excited to celebrate our very first ‘omnifront’ with an impressive slate of new brand initiatives that underscore our commitment to being the most accessible name in music on every platform,” said Keith Clinkscales, REVOLT Chief Executive Officer.

The #1 network for social influence, REVOLT is the most influential music television network on Twitter, where tweets about REVOLT are seen by 200 people on average – twice as many individuals as MTV and VH1, and three times as many people as E!.* “Born from a curator of cool and influencer of culture, Sean Combs, REVOLT follows suit with its level of influence on the platforms Millennials use often to share and find relevant music news and news in general,” stated Bob Gruters, REVOLT Executive Vice President, Head of Ad Sales & Integrated Marketing, revealing the Nielsen data from March and April 2014. “Now is the time to invest in this generation through a relevant brand that is building momentum, REVOLT,” he stressed.

Accelerating their mobile app release, REVOLT continues to live in ‘perpetual beta,’ benefiting from their independent status to experiment with technology and programming. “We are living our own audience insights by releasing our app early,” said Jake Katz, REVOLT VP of Audience Insights. “By putting the unfinished product in the hands of our audience, we will be able to build its design to be radically intuitive based on their feedback, but more importantly let the early fans champion it into the culture.”
As announced at REVOLT’s “Omnifront” presentation, full descriptions of new brand initiatives and original programming are as follows: 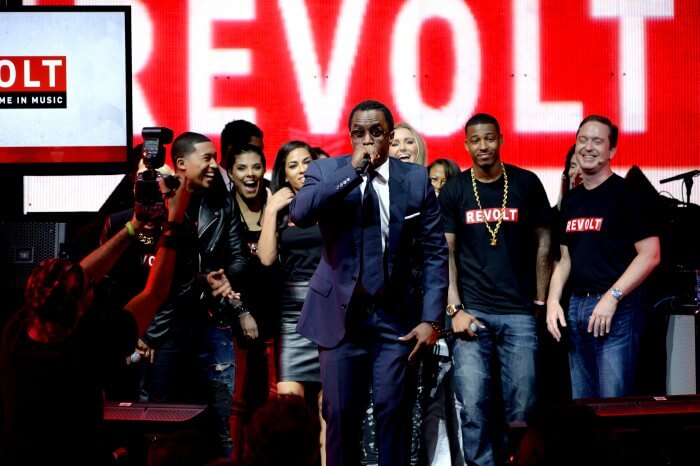 Road to Truth Study
Proprietary research just completed
To stay true to REVOLT’s mission of being the #1 name in music for the Millennial generation, REVOLT sought to find out how to best reach them from a marketing standpoint, investing in a cross-country ethnographic project and interviewing iconic shapers of culture – from music artist managers to brand marketers to agency executives. This study debunks myths and sweeping generalizations about the generation, and pivots the conversation around Millennials from what they are as a people to actionable insights around media and marketing strategy.
Key results from the study include:
Given the massive over-marketing aimed at the Millennial generation, their culture is placing value on brands that have a POV, take risks, and project irreverence – off trend is the new on trend
Among 14-34s, 85% say “It’s important that brands have a point of view”

We have surpassed a tipping point in social media usage where Millennial consumers now use a few social platforms regularly versus a single all-in-one social destination, demanding that branded content must deeply understand the nuances and values of each platform and screen’s environment.

70% of 14-34s have 3 or more social media accounts they use regularly or constantly. While “disruption” might define the generation’s spirit, brands can simply evolve their messaging to tap into the culture’s fascination with innovation versus reinvent themselves completely.

71% say “I’m comfortable with products that are always evolving”
Brand loyalty is now built through assessment of a brand’s behavior in social, and Twitter specifically – and no longer a relationship crystallized during a formative time in a consumer’s life.

Integrating “real time” engagement into a media plan is essential.
81% of 14-34 year olds say “it’s important for a brand to respond to me in real time”

66% say “I expect a brand’s messaging to feel as relevant as what’s in my social feed today”
There’s no such thing as marketing too early, inviting the Millennial consumer into the process early creates a sense of responsibility around the success of the product.