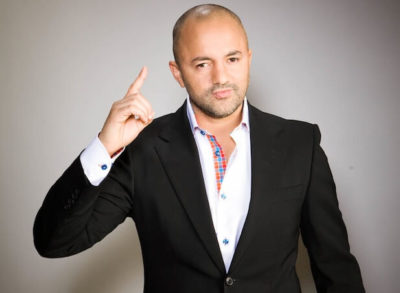 RedOne PRODUCES MUSIC AND SCORE FOR HIGHLY ANTICIPATED LIFETIME® ORIGINAL MOVIE “WHITNEY”“WHITNEY,” PREMIERING JANUARY 17, 2015, IS DIRECTED BY ANGELA BASSETTLOS ANGELES (January 7, 2015)Three-time GRAMMY Award-winning producer, songwriter and musician RedOne makes his film music producing and scoring debut with the Lifetime Original Movie “Whitney,” directed by Angela Bassett and staring Yaya DaCosta as Whitney Houston and Arlen Escarpeta as Bobby Brown. The much-anticipated world premiere will be on Saturday, January 17, 2015, at 8pm ET/PT.”From the iconic songs to scoring, the RedOne team completely and utterly delivered in every way on ‘Whitney.’ Their enthusiasm and masterful skill was‎ ‎matched only by their 24/7 desire to help me tell a compelling story—I couldn’t have had a better crew to get me over the finish line,” said Angela Bassett ‘Whitney’ director.“I’ve always had a passion for producing music for film and scoring. I’m thrilled to make my debut on a movie directed by the great Angela Bassett,” said RedOne. “It was exciting to challenge myself as an artist and expand my musical experience. I was very fortunate to work with my talented and supportive team (including Travon Potts, Dan Sundquist and Mike “Wuff” Wofford) on this project.”Whitney chronicles the headline-making relationship between the iconic singer, actress, producer and model Whitney Houston and singer and songwriter Bobby Brown from the time they first met at the very height of their celebrity to their courtship and tumultuous marriage.ABOUT RedOne:RedOne is one of the most successful and sought after record producers and songwriters in the world, earning more than 65 international hit singles and 30 Number One singles. He has worked with Enrique Iglesias, U2, Lady Gaga, Nicki Minaj, Jason Derulo, Paulina Rubio, Jennifer Lopez, One Direction, Pitbull, Marc Anthony and more. RedOne has been named BMI’s Songwriter of the Year, Billboard Magazine’s Producer of the Year, Billboard Magazine’s Number One Songwriter and multiple awards from the Swedish Music Publishers Association.