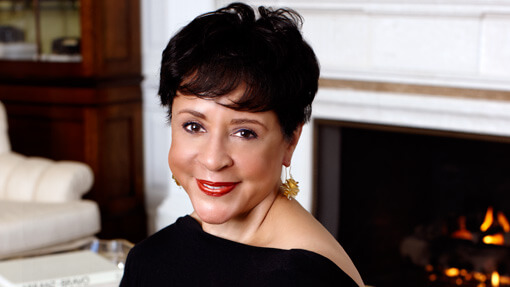 Sheila C. Johnson, CEO of Salamander Hotels & Resorts and BET Co-Founder, will be honored with the Breaking Barriers Award at the Thurgood Marshall College Fund’s (TMCF’s) 26th Annual Awards Gala on November 12, 2014 in Washington, DC.Johnson is CEO of Salamander Hotels and Resorts, a hospitality company she founded in 2005 and oversees a growing portfolio of luxury properties, including three Florida golf and family resorts reaching from the Gulf to the Atlantic. Johnson has long been a powerful influence in the entertainment industry, starting with her work as founding partner of Black Entertainment Television (BET) and a major financial supporter of the Screen Actors Guild nominated feature film The Butler, directed by Lee Daniels and distributed by Harvey Weinstein. Ms. Johnson is also Vice Chairman of Monumental Sports & Entertainment and President and Managing Partner of the WNBA’s Washington Mystics. She is the only African-American woman to have ownership in three professional sports teams, including the NBA’s Washington Wizards and the NHL’s Washington Capitals.Alongside Johnson, three other distinguished leaders will also be honored at this premier black-tie event to include: Dr. William R. Harvey, Admiral Michelle Howard, and Joshua I. Smith. Harvey, President of Hton University, will receive the Educational Leadership Award; Admiral Howard, Vice Chief of Naval Operations with the U.S. Navy will receive the National Hero Award; and, Smith, Chairman and Managing Partner of, Coaching Group LLC will receive the HBCU Alumnus of the Year Award.The Awards Gala, themed “Developing Minds… Delivering Dreams”, celebrates the achievements of the country’s foremost visionaries who have used their status to support education and positively impact the lives of students attending HBCUs. Proceeds from the event enable TMCF to continue its programmatic and capacity building work, which serves as a critical link between students getting the most from their education and the opportunity to become a part of a new generation of global leaders.This remarkable group of honorees will join entertainment icon and Gala host, LL COOL J and entertainer for the evening, Grammy award-winning Regina Belle, as TMCF plays host to an impressive group of Congressional Members, Fortune 500 executives, and HBCU Presidents/Chancellors at the Washington Hilton.