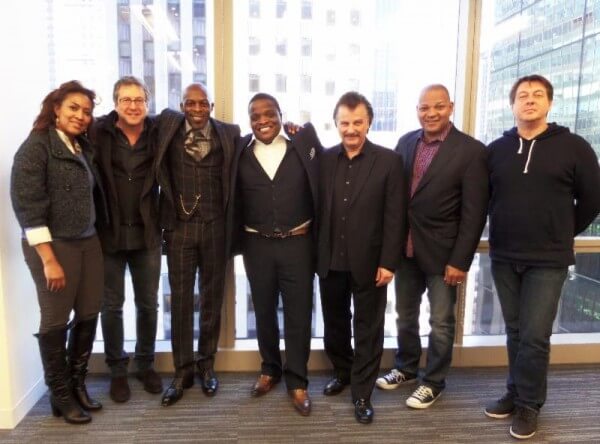 The first single ‘Love & Sex Part 2,’ features multi-Grammy winner Kelly Rowland. Bridges is set to be released this summer and follows last year’s DoubleBack: Evolution of R&B which debutedat Number One on the Billboard Top R&B/Hip-Hop Albums and charted Top 10 on the Billboard Top 200.
Joe has received seven Grammy nominations for his works My Name Is Joe (2000) and Better Days (2002) among several industries awards, and sold more than 10 million albums worldwide. As one of R&B’s most accomplished singer songwriters, he is known for songs such as ‘All The Things (Your Man Won’t Do),’ ‘All That I Am,’ ‘No One Comes Close’ and ‘I Wanna Know’ as well as his duet with superstar Mariah Carey (‘Thank God I Found You’) and his work with Big Pun (‘Still Not A Player’) and G-Unit (‘Wanna Get To Know You’).
BMG’s Artist Services Model offers talent such as Joe full creative control with a partnership-based approach to releasing music. During the release process, BMG and artists collaborate on the selection of marketing, promotion and budget, allowing artists the chance to earn more revenue than under a traditional record deal, without BMG collecting on live or merchandising revenue. RED Distribution, a division of Sony Music Entertainment, will be the distribution partner for Joe’s new album in the US.
Joe will present Bridges live during a worldwide tour starting in the spring featuring shows in the US, Europe, and Asia.
“Working with Gerald has been a well thought out process and a much needed move for me in moving forward as an artist and a businessman. Gerald is a razor in this game with a unique business savvy who creatively thinks as I do. We are happy to partner with BMG and RED as they totally understand who I am and what my career means to the world of music. I am confident the teams will leave no stone unturned in helping us to continue building my model,” said Joe.
“With an artist of Joe’s caliber we have the opportunity to affect the total landscape of how R&B music is defined going forward. I am both equally honored and excited to be on board with him and am grateful for the opportunity to work with the teams at BMG and RED,” said Isaac.

Richard Blackstone, EVP Creative & Business Development at BMG Chrysalis North America said: “Joe’s silk-like vocals continue to set him apart from the pack. We are very happy to support Joe with BMG’s Artist Services and offer him this unique and individualized approach for releasing his music and the opportunity to control each step of his release.”