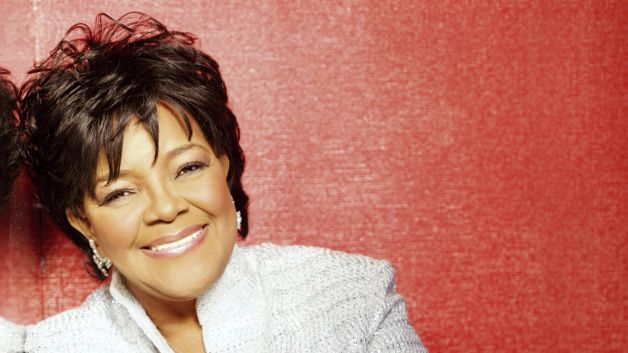 NASHVILLE, Tenn., June 3, 2016 /PRNewswire/ — Showcasing the robust performances and vibrant voice that have grabbed the attention of countless generations, the Reigning Queen of Gospel Shirley Caesar continues to create a powerful ministry legacy with the release of her most exciting musical journey yet, on her new album FILL THIS HOUSE. Available now in stores and at all digital retailers, the Gospel Hall of Famer’s beloved signature voice delivers healing and spiritual empowerment through the album’s eleven tracks, led by the energetic groove of hit single “It’s Alright, It’s Ok” (feat. Anthony Hamilton), the first song on the record.
Kicking off the rest of the album, “It’s Alright, It’s Ok” debuts a creative mix of sound evident throughout FILL THIS HOUSE, as Pastor Caesar extols God’s all-encompassing love, encouragement and guidance ranging from the lively praise on “Fill This House” and the island-inspired arrangement on “Sow Righteous Seeds,” which also gets a hymn treatment, to the poignant tribute ballad “Mother Emanuel.”
With over 40 recorded albums to date, Shirley Caesar has garnered career accolades from world leaders, music peers, induction into the Gospel Hall of Fame, 11 GRAMMY® Awards, 18 Dove Awards, 14 Stellar Awards, and selected as a Hollywood Walk of Fame honoree for the class of 2016. An enduring innovator in her influential six-decade music career, Caesar continues to bring vital ministry everywhere, both at home in her native North Carolina, pastoring her community at Mt. Calvary Word of Faith Church in Raleigh, as well as traveling across the world to perform, with upcoming performances in San Diego, CA, Brooklyn, NY and more.