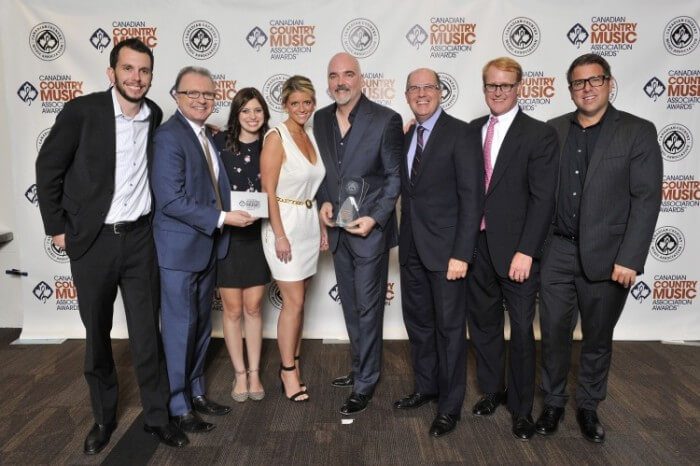 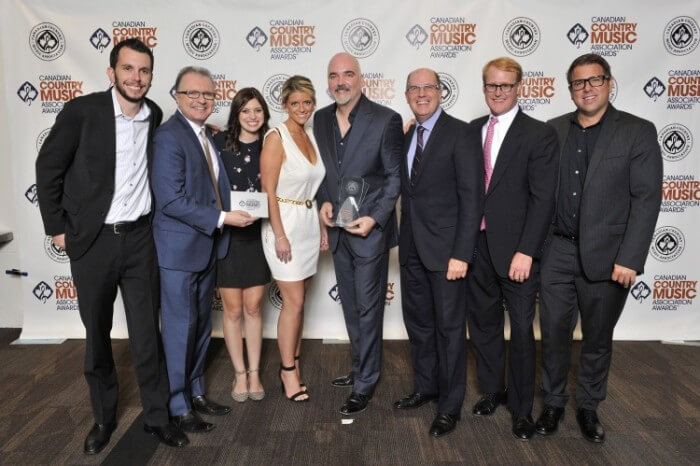 On the occasion of the company’s 10th anniversary, ole continued its unprecedented win streak for an independent company at the 2014 Canadian Country Music Awards (CCMAs), taking the Music Publishing Company of the Year Award for the eighth consecutive year.“It’s an honor to be recognized by the Canadian Country Music Association as we celebrate our 10th anniversary,” said Robert Ott, Co-Founder, Chairman, and CEO of ole. “Ever since we started ole, we have been dedicated to providing an independent home with a major-label reach for our songwriters, and we remain committed to great songs and songwriters on both sides of the border.”ole songwriters dominated the rest of the award categories. Gord Bamford won the awards for Male Artist of the Year and Single of the Year for “When Your Lips Are So Close.” Bamford’s CMT special “Christmas in Canada” was also named Country Music Program or Special of the Year.Dean Brody (ole/Roots Three) won his third Album of the Year for Crop Circles, which was also awarded Album Design of the Year.The company’s roster also made its presence felt on the Fans’ Choice Award ballot, as Johnny Reid chalked up his fifth win in a category that was stacked with ole nominees in four of the five available slots. Reid also took home the award for Top Selling Canadian Album of the Year for the album A Christmas Gift to You.Lindi Ortega (ole/Last Gang) won her first CCMA award for Roots Artist of the Year. Other nominated ole songwriters were George Canyon and Jeff Coplan.ole also congratulates Jim Cressman of Invictus Entertainment Group, which just launched a new venture with ole, Bankable Star Music Publishing, who was honored with the Ron Sakamoto Talent Buyer or Promoter of the Year award.ole also hosted its 10th annual Saloon Jam event, an exclusive invite-only party following the CCMA Awards ceremony. Having grown into a Canadian Country Music Week tradition, the celebration boasted performances from Bamford, Brody, Ortega, Road Hammers, Paul Brandt, Tim Hicks, Hey Romeo, Brett Kissell, One More Girl, Wes Mack, Jason Blaine, Beverly Mahood, and Corey Marquardt as well as appearances Autumn Hill, Kira Isabella, Sam Hunt, Smalltown Pistols, and Tebey.In addition, ole held a special party commemorating Bamford’s song “When Your Lips Are So Close” reaching #1 on the Billboard Canada Country Chart. Bamford was presented with a plaque to mark the milestone, capping off a big weekend in which he also announced that he has signed a record deal with the American arm of Sony Music Entertainment.