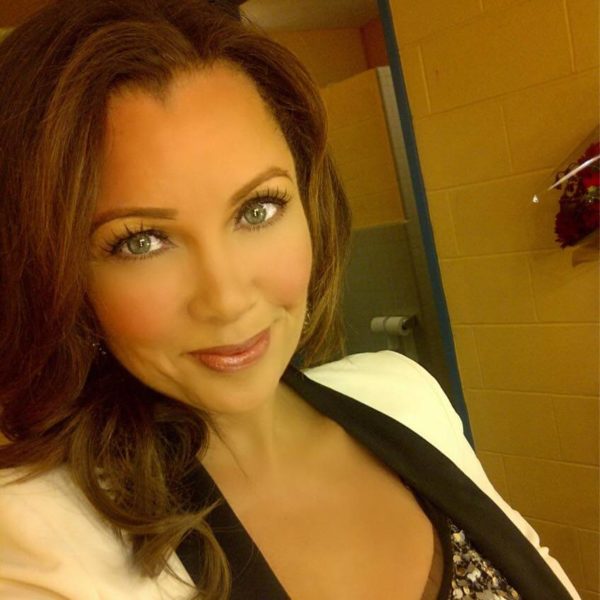 Yesterday, one of the best singers I have ever heard and a FaceBook friend, Kipper Jones, posted on FaceBook about how glad he was to see Vanessa Williams return to the Miss America pageant as a host. I was not so glad until I gave it some thought. (cheers for the bathroom selfie).

What happened to Vanessa Williams in 1984 to destroy her career is what CREATES a career today. The irony.

Early on in Vanessa’s singing career, she was determined to give up-and-coming artists and producers a break because of the repeated rejection when she tried to get a record deal herself. This all after the scandal broke in 1984 where explicit pictures of her and another woman in lesbian sex poses were released in Penthouse magazine. She was the first black woman to win the Miss America crown in 1983 and her skyrocket to fame came crashing down when the magazine hit the newsstand. She wanted to pursue a record deal but she was turned down by all of the labels and she was the laughing-stock of the industry and beyond. That had to be an incredibly heavy load for a young black girl in her early 20’s to bear. 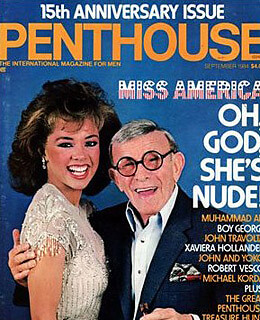 Kipper Jones and Brian McKnight were two people I had seen her mention in several articles that she was loyal in working with during her tenure as an artist on Wing/Mercury records and beyond. Former husband, public relations expert Ramon Hervey II was hired by Vanessa to clean up her tarnished image and to open the slammed shut door for her to have a career in the industry. Industry legend Ed Eckstein, son of legendary vocalist and bandleader Billy Eckstine, was the president of Mercury records when Vanessa came back to him and approached him a second time about being on the label. He admitted he was impressed with her resistance but he didn’t think it was a good idea. Vanessa simply started coming by and hanging around his office after that and they started having conversations about the history of R&B music. He admitted that he was very impressed with her knowledge of music (both her parents were music teachers and his father was a music industry legend) and after some time passed, he approached the staff about signing her. He admitted they laughed at the idea but he became more and more convinced that it could work.Vanessa didn’t do anything more or less than most people have done in their teens and 20s, made a few bad choices, the only difference was she had reached a feat that nobody else had by becoming the first black woman to win the Miss America pageant. Her brother Chris Williams, not the singer, admitted that growing up they were very competitive but watching her win the crown, he had no idea how he was going to compete with that.It appeared all had gone well after the triumph and Vanessa was everywhere. I remember her coming to Buffalo and being in a parade. To many black people, it was the equivalent to the first black president in 1983. The black community was beaming with pride. Then almost at the end of her reign there were rumors that she had taken some pictures that didn’t quite fit the image of Miss America. She thought she had the negatives but the photographer kept a spare set. One can only imagine the panic she must have felt knowing pictures taken as a teenager (19-years-old) were about to resurface and destroy her newfound revolutionary success. Previously, it was stated that Vanessa was younger but she admitted the pics were taken when she was a college student, just a year or two before the pageant. She stated she was rebelling against authority (her parents) and felt that she was a college student, not living at home and could do whatever she wanted. Her mother was pissed at her for being so trusting of people, like her father.https://www.youtube.com/watch?v=uwBmoNXrr0wI remember the pictures came out and the Miss America pageant demanded that she step down and not return to the show to give the crown to the new Miss America. Many articles stated that she voluntarily returned the crown, others state she was able to keep the crown, but she was actually forced to step down. I remember the news conference, no video online, of her crying while she was stepping down, 10 months into her reign. Suzette Charles the second runner-up was Miss America for two whole months after that.Vanessa disappeared after that for a couple of years but she admitted years later that she was actually glad to relinquish the crown. She stated she was not black enough for black people and not white enough for white people and that her family had death threats after the win. The jokes on the radio ensued, mostly from pop stations, labeling her “Vanessa the Undressa” etc. 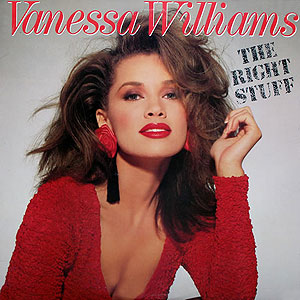 Eckstein decided to go against the staff’s perceptions and record Vanessa and in 1988 her first single and album of the same name “The Right Stuff” came out. The single was written by Rex Salas and Kipper Jones.  It was around the same time I started working in radio and the single hit reaching #5 on the R&B charts. It also made the top 100 on the pop charts.  Urban radio was a bit surprised that she resurfaced as a singer but that was how she won the Miss America pageant.The rest is history, Vanessa has had a very successful career over the past 30 years as a singer and an actress. I met her once at an Urban Network convention, her former husband Ramon Hervey introduced her to me. She looks exactly like she does in pictures and on-screen maybe a bit smaller than you would imagine. Her return to the Miss America pageant is a triumph for both herself and the organization. Looking back, they must have taken some heat for having the first black Miss America then to have to renounce her title certainly had to draw ire and disfavor from advertisers and supporters of the organization.  They really had no choice if they were to continue the tradition. That’s not to say other winners may not have had things in their pasts that could have forced them to also relinquish their titles as well but truth be told, I never watched the show again after Vanessa’s incident. They have been trying to get her to return for years and she had repeatedly declined but this time, for whatever reason, she accepted. I’m sure the ratings will be through the roof and she should get nothing less than a standing ovation for returning. KUDOS to Vanessa Williams.