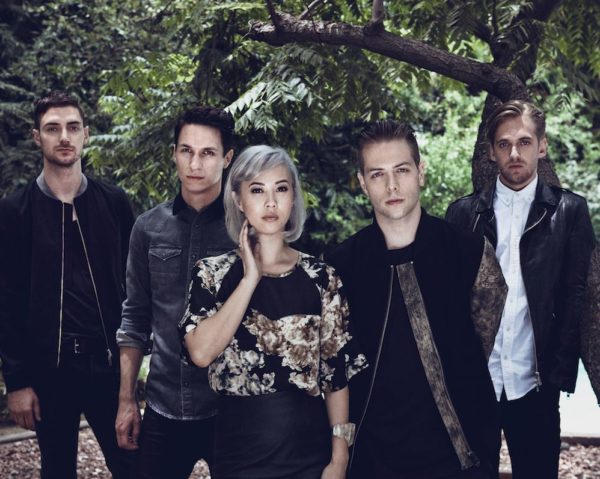 Kobalt Label Services (KLS) North America announced they have signed a multi-faceted deal with Los Angeles-based New Zealanders, The Naked and Famous. The deal includes a partnership with the band’s label, Somewhat Damaged. Effective immediately, the agreement will cover their forthcoming single, “Higher,” scheduled for release on July 8, 2016 and their upcoming album anticipated for this fall. The signing offers the band a full range of KLS services including physical distribution, marketing (international) and synch licensing North America with Kobalt’s digital distribution platform, “AWAL” (Artists Without A Label) servicing the world (exclu: North America, New Zealand and Australia).The Naked and Famous released their self-produced debut album, Passive Me, Aggressive You in 2011 to critical acclaim. They quickly became one of the hottest bands and festival favorites worldwide. In 2013, their sophomore album, Rolling Waves, also received significant industry praise as they connected audiences to the romantic inspiration of the golden era of epic, emotionally charged alternative rock.Performing at the world’s most iconic festivals including Coachella and Australia’s Big Day Out, as well as selling out venues across Europe and North America and touring arenas, the group has continued melding guitars with electronics with effortless cool. They are currently putting finishing touches on their third album, and preparing for a return to the stage following the release of their single.“TNAF are excited to be embarking on the next stage in our journey with Kobalt as a partner,” said The Naked and Famous guitarist and vocalist, Thom Powers. “The team and the resources they’ve built in behind it, have shown us that Kobalt is a place that can support artists in a new model of partnership and makes us as a band feel confident that our music can reach existing fans and help us engage with new ones.”Ron Cerrito, General Manager, Kobalt Label Services added, “We are extremely proud to partner with The Naked and Famous for the release of their next studio album this fall. Great artistry along with their world class management team make them a perfect fit for Kobalt Label Services. We look forward to releasing our first single, “Higher” which lands on July 8th.”