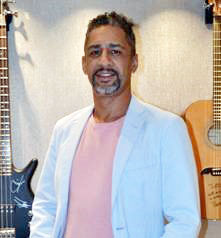 Jay Boone has been named VP/Urban Promotion for RED Distribution.  Boone will be based in New York and will oversee all urban promotion in North America as well as oversee RED’s family of distributed labels.  Boone stated, “I’m extremely appreciative and thrilled for this new opportunity”.  Boone will report to RED Distribution President Bob Morelli. Boone’s past positions include Director of Promotions for RCA Music Group and National Director of Promotions at Jive Records. RED, is an award winning division of Sony Music Entertainment headquartered in New York City, is widely recognized as the domestic and international industry leader in music distribution and artist development.