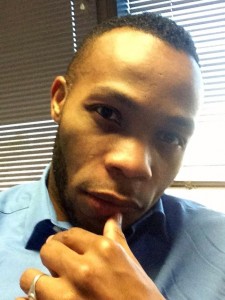 As Radio Facts opens the doors for more great dialogue and thought-provoking content, I was bowled over by the extreme writing talent of someone who responded to a post that I sent to Don Lemon concerning Russell Simmons’ response to the growing debate of Don’s airing the Black community’s ‘dirty laundry’ about the plight of black men on national TV,  something our community despises. The writer, Roosevelt Arje Jackson, makes some impressive points aforementioned Don and Russell’s debate with the added bonus of the often ignored and integral ROOT of why we are where we are. Enjoy

by Roosevelt Arje JacksonAny dialogue between successful and intelligent Black men as they argue over how to remedy the perils of the Black community is always paramount. I believe most people agree with the viewpoints of both Don Lemon and Russell Simmons however delusional and myopic their principles and execution appear to be. It’s so easy to voice our opinions about one’s behaviors without ever understanding that person’s experiences or plight regardless of generation. We are quick to throw contempt and disdain without empathy which tends to devalue an under evaluated opinion. As I sit in my well-furnished, three story townhouse that overlooks a golf course, drinking freshly brewed coffee, eating poached eggs and a gluten free waffle, I search for answers and tangible solutions and shy away from regurgitating opinions about this issue. Although my community is minimally insulated from the infections of the Black community, I’m only a stone throw away from its ruins. I find myself stuck in the middle of self-responsibility and taking advantage of dwindling opportunities when it’s juxtapose against systems and institutions designed to suppress and oppress. It can be difficult to leverage which of the two is the culprit. I look for material to wrap my ahead around the experiences that many of these young people have endured which I cannot even fathom or comprehend. When I seek to understand some of these horrific experiences, it’s more difficult to judge or cast contempt because empathizing with the person supersedes the end results of the person actions. Now I just want to help. So, my spirit has coerced me to offer this bit of insight to the Don Lemmon’s and Russell Simmons of the world with the hopes that they can offer less opinions and more tangible solutions to this deepening epidemic. I feel with a visceral fortitude that it’s the time to dissect the real issue, find the infection and inject a cure to remedy this virus.Respect is often a reciprocal action. It’s quite difficult for a child to understand respect when he’s never seen it. Where does self-respect for him reside when his overstressed and ill equipped mother who suffers from PTSD buries this child with her own guilt of inadequacies and failures because of her poor choices. What room can he pick up appreciation and respect and call it his own. He cannot give to himself what he cannot conceptualize and doesn’t own. When he walks out of the chaos and destruction of his home and into the dilapidation of his community, where the lack of resources has crippled it immobile, he’s unaware that merely reaching out his hands for help is possible. We forget that self-respect and appreciation for one’s existence is learned. Who in his community is willing or even capable of teaching him this much needed character trait. Sadly, every antiquated and underfunded school in his community has been replaced with a liquor store that feeds his mother’s misery or a convenience store that pumps him with indigestible garbage from businesses that are owned by people that don’t ever look like him. Most of the men that surround him who appear to offer faux protection are in much need of self-respect as he. Many of these men owe their tutelage and rudimentary skills to the penal system. These ill equipped men, aimlessly and with fleet, present a delusional front which is oftentimes affected and pseudo hyped because they don’t know any better. The only promise they can offer any child is a guiding light to prison. When this child sees this man he sees himself.What does this child have in common with people like Don other than skin color? I can bet that their experiences are very alien to one another. Don probably does what most Black elitists of his caliber do when they see these young boys walking down the street, the exact action that his White colleagues do when they see these young boys, he crosses to the other side, possibly sneering from within and saying to himself or possibly aloud, “I’m nothing like these Blacks, I’ve arrived. And if I can do it, so can they”. Well maybe your arrival wasn’t inundated with as many obstacles as these young boys. I don’t condone any abhorrent behavior but I attempt to understand the system or institution that encourages and funds the behavior. So back to the young boy who just walked past you, Don another Black man, a young boy who not only had to endure your absolute indifference and your glaring disdain has to now walk pass a bevy of blight back to a home filled with debris and instability feels less appreciated and more disrespected than he did before. He’s not without emotions, nor is he dumb or stupid, to be fair he’s definitely misdirected and misguided, but he’s sees. He’s quite aware how the world ridicules and scrutinizes his existence without any tangible resolutions or opportunities. What is this poor child to do? What he does is acts out. If he’s not good at anything else, he’s completely diligent at acting out.