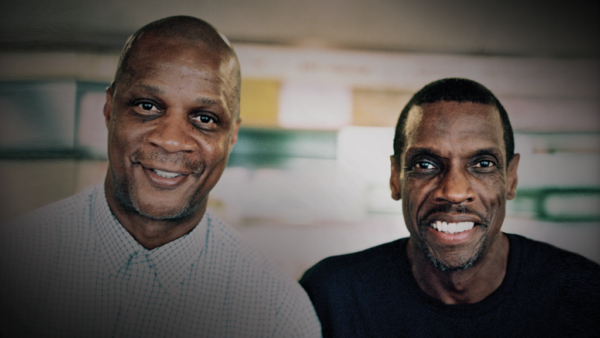 With the official red carpet premiere of ESPN Films Presents Doc & Darryl going down June 29th at the Joseph Urban Theater in New York, fans won’t have to wait too long to see this masterpiece. The actual film will be available for fans to watch on ESPN July 14th. This one should be a classic.Directors Judd Apatow (“Trainwreck,” “This Is 40”) and Michael Bonfiglio (“You Don’t Know Bo”) will explore the lives and careers of former New York Mets superstars, the young flame thrower, Dwight “Doc” Gooden and feared power hitter Darryl Strawberry.When they were good, they were great; the biggest stars on a team that captured the imagination of New York City and won the 1986 World Series. But when life spiraled out of control for both men, Gooden and Strawberry inadvertently broke the hearts of Mets fans. “They were going to be our guys for years,” laments Jon Stewart in this evocative yet searing 30 for 30 documentary.Reunited at a diner in Queens, the pitcher and the power hitter look back on the glory days of the mid-80s and the harrowing nights that turned them from surefire Hall of Famers into prisoners of their own addictions. Listening to Doc talk about missing the World Series parade down the Canyon of Heroes, or Darryl counseling others at his ministry, you can only wish that these two very different men had not followed the same destructive path.https://youtu.be/bohuS2CZJys